The Sevco Revolution Will Be Televised, But Is Anyone Even Going To Notice It? 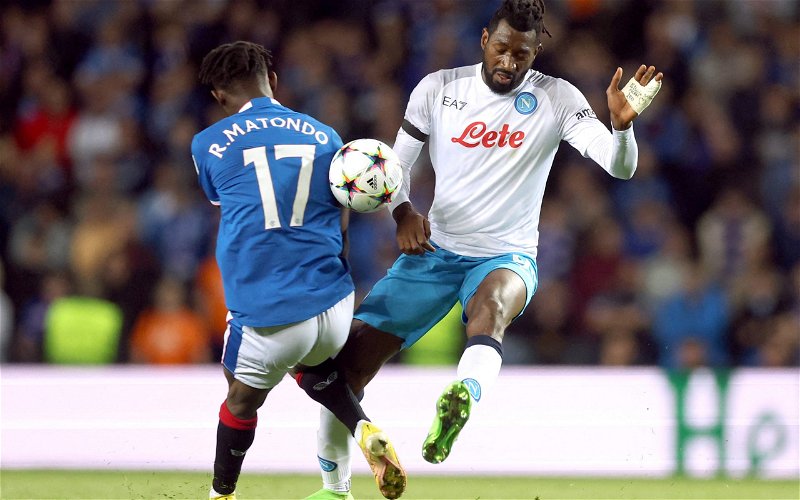 The Ibrox club is winning games. That’s what matters, right? This will be the narrative thread that runs through the next eight or nine days until we get to Ibrox. And it’s true, they are winning, or at least they’ve won the last three.

And since every minute of the Beale “revolution” thus far has been on the telly we’ve all watched them do it. But we’ve watched a lot of football from that club in the last couple of years, and here’s what’s very noticeable about the present performances. They are terrible.

A lot of long high punts up the park.

A lot attempts to get the ball forward but misplaced passes. Goals scored from outside the box, because teams fail to come out and challenge for it, or from balls lugged into the penalty area.

Beale, we were told, is some kind of football revolutionary, some kind of attack minded coach whose teams are good to watch. But are they? It seems to me, based on the stats, that the longer he was at QPR the worse results got.

“It takes time for a manager to get his idea across” is the mantra, and you could point to Ange’s early games as evidence.

Except that we followed up our away defeat at Hearts with two 6-0 wins at home, and so you could see the genesis of what the manager was trying to do right there in the displays. You could see the plan emerging, even that early on. Which is why when the road got a little rocky in the weeks that followed most people kept the faith.

There was a plan and that plan was evolving in front of us.

You could see it. On top of that, weaved in between the league games, were some very credible early Europa League performances where we showed that we were developing some real attacking flair.

Part of it was the addition of a couple of new players; the Ibrox fans had hoped that Beale was going to come in and spend big money. But listen to the guy talk. He thinks the players presently out injured are all potential starters.

He says January won’t be the month in which he starts to put his ideas in place.

They can forget a spending spree.

They will have to spend money – they will have to find money – in the summer; of that there is no doubt at all, but that’s not because the genius has some big tactical transformation in mind. It’s because so many of their players are approaching the end of their deals that they have no choice. A summer rebuild is set to be forced on them.

We’ll see if he’s able to fashion something credible out of it, but what’s not in the least doubt is that the current squad is incapable of playing the high-tempo football he boasts about wanting to play. You can want all you like in football; without the resources and the players to make it happen, almost all of those hopes are mere daydreams.

They were abysmal last night. It’s three wins on the bounce for The Mooch, but if we win today they’ve not even made up one goal on us far less one point.

The so-called attacking style appears non-existent; this is not a team that will give us sleepless nights over the long haul.