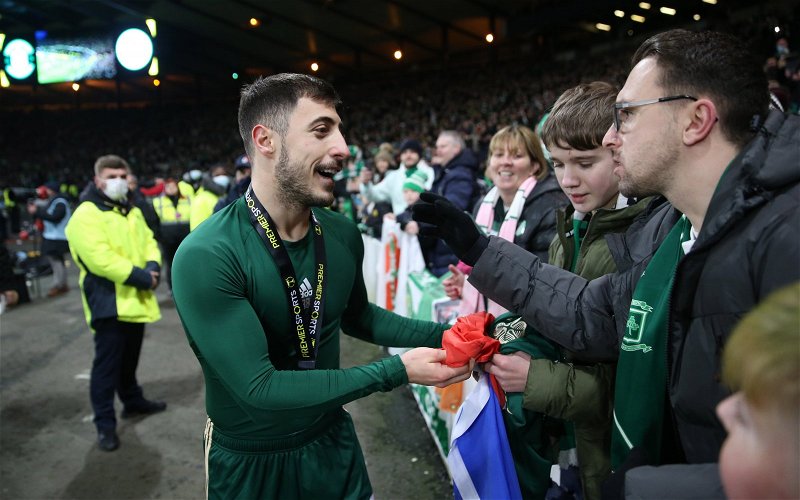 The stock of Josip Juranovic continues to rise.

He’s started today’s game against Brazil in the Quarter Final of the World Cup, and that should nudge his valuation up another notch. Celtic seem as if they are ready to deal, but I would think only at the right price.

What is a World Cup Quarter Final starter worth?

We’ll soon find out, because there is no doubt whatsoever that there will be offers after this competition.

There was interest in him before this competition. His solid performances have made some kind of offer a certainty. Celtic will have a valuation. It will not be the paltry £10 million quoted elsewhere today.

The bidding will start at £15 million. That will give us a nice return on the guy, and in a short space of time too. It’s the sort of deal that Ibrox – getting ready to punt its last bankable asset for a mere £6 million and desperately trying to spark an auction for him – can only dream about when you look down the list of their squad at the moment.

A guy good enough to attract this sort of attention is someone we should be trying to hang onto in my view, but you cannot deny that Ange has an eye for talent and if his replacement is up to snuff that it makes good sense.

He has done himself and the club no harm during this competition, and it’s our good fortune that the guy so many rumours were flying around in relation to is the one who has done so well in this tournament, and reached the latter stages.

Clubs from all across Europe are watching.

This is the real way to spark an auction. To showcase your player on a platform like this one. It’s not just good for him, it’s good for the club and for the image of Scottish football.

Ibrox’s clapped out has-been, sitting on the bench today, can only dream of the spotlight shining on his international team-mate today.