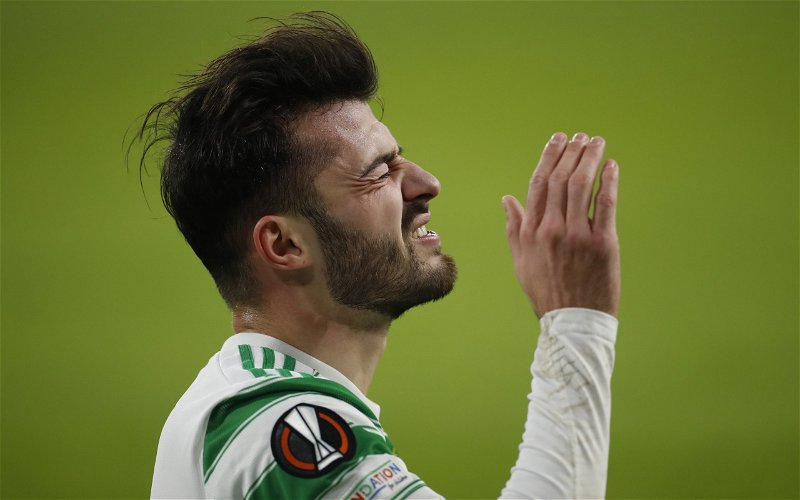 I have always thought that there was a player in Albian Ajeti, but last week he gave an interview that made me wonder if he was really the sort of one that we should ever have signed.

We are his second flop in a row, after he crashed and burned at West Ham. He could have learned some lessons from this. Instead he has blamed the physical nature of the game here.

I find this incredible, and he’s not the only player to come here thinking perhaps that he was taking a step down but found things in Scotland a lot tougher than he had been led to believe. A lot of top players, better players than him, have come to our league expecting a free ride.

You don’t get that at Celtic. Every team wants to beat you every week and some of them aren’t very particular about how they do it. Refs give us no protection whatsoever. If you’re going to play here, you need to be prepared to take a little rough stuff.

There are many reasons why players fail at clubs. Some of them just don’t settle. Others can’t fit into the system. Some fall out with their fellow players or their coaches.

These things you can understand.

But in Ajeti’s case, it seems the game itself took him by surprise, both here and in England, where his career was even less auspicious than at Parkhead.

He’s not cut out for British football, and certainly not for the pressures of playing at team like ours.

I cannot hold that against him.

But it’s better for all concerned if we both cut our losses because I don’t want him back at Parkhead either.