Aberdeen Fans Wanted A Proper Response From Their Board. They Did Not Get One. 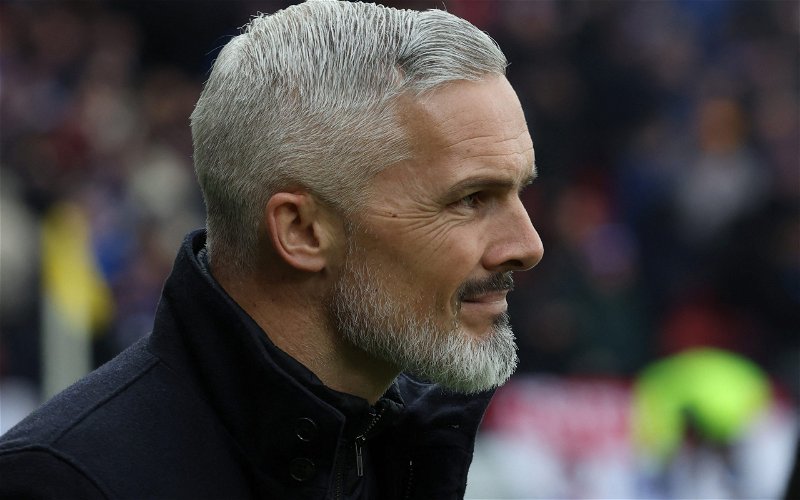 Aberdeen has tonight released an incredible statement backing Jim Goodwin to remain in the dugout, but emphasising that they expect results. The only results they are going to get are further embarrassments and humiliations and this time they will not be the fault of Goodwin alone, they will be the shared responsibility of everyone who kept him in post.

This was the scenario when our directors failed to sack Neil Lennon in the aftermath of the Ross County debacle.

This site and others pointed out that from that moment on the responsibility for whatever went wrong was shared equally between the boardroom and the dugout and in the end it precipitated major changes at the club, although not major enough.

The Aberdeen board has tonight abrogated its own responsibilities, but that does not mean that they are able to hide. I

t means that the disgrace of Goodwin’s management is now their disgrace.

They required a real show of leadership from their club and they have not got it.

Instead the board has left in post a manager responsible for the biggest shock in Scottish Cup history, an unsurvivable result, a man who everyone knows has no authority left and in spite of their claims to the contrary cannot possibly have the confidence of the squad.

But more importantly, as I said the other day, he does not have the support in the stands where the only people who matter have made their own position absolutely clear-cut. This is a sterling example of what happens when owners far away from the action mistake their custodian status for the authority to deny the supporters their voice.

And this is a decision that will be reversed sooner rather than later, as Aberdeen fans will not accept it and nor should they be expected to. This is a gutless decision from a board which has forfeited its own right to claim it acts in the club’s best interests.

Those interests can only be served by reacting, forcefully, to the most humiliating night in the history of their club and making clear that they still believe in standards. Jim Goodwin will be fired in due course, because there’s no turning this around, and that their board of directors is evidently blind to this fact, or unable to act in the face of It, should worry the supporters of that club more than any run of bad results ever could.

Aberdeen FC is in a very bad place tonight, and what this episode makes crystal clear is that the manager is far from being their only problem. Indeed, he might not even be their biggest problem, and this matters to Celtic fans and indeed to the supporters of any club who care about the standard of our league and the level of competition in it.

I make no apology whatsoever for discussing this issue tonight; I’ve long reminded people that in spite of the name this is not merely a “Celtic site”, but a Scottish football site written from a Celtic perspective. These issues matter to us.