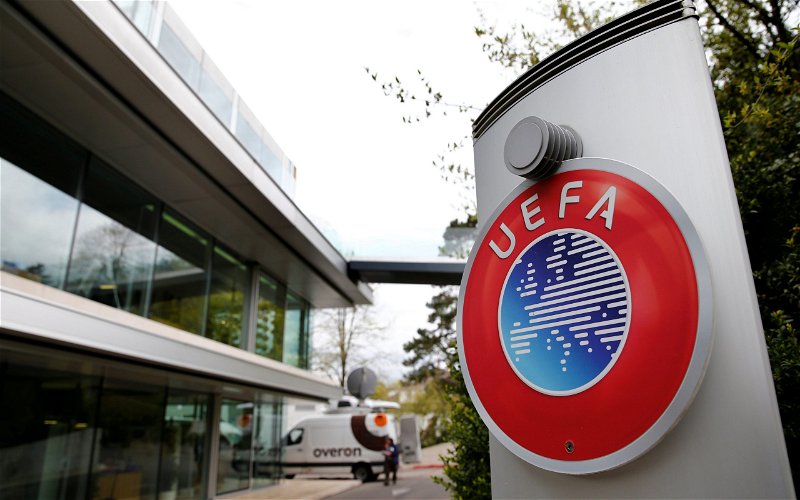 Yesterday, another story about us surfaced, this time from France, linking us once again to this absurd European Super League proposal, a doomed idea whose principal architect was Andrea Agnelli. He was the chairman of Juventus until November of last year when he stood down, along with his entire board, after they were indicted in a scandal.

He is currently suspended from holding office in Italian football for two years.

Last week, Juventus was docked 15 points for a series of issues relating to their finances.

The toxicity of that club is such that only people devoid of common sense would get involved in anything their name is attached to, and they, and this guy, are at the centre of the whole thing.

UEFA has already won in court against these people and what they took to court was their right to expel from their competitions any club, official or player who is in any way associated with this scheme.

The last test will be the Court Of Arbitration for Sport, but UEFA is a members club and it has every right to restrict itself or open its books to whomever it pleases, and there is no chance whatsoever that the European Super League body will win there.

This idea is dead. It doesn’t matter what zombified version of it they dredge up from the grave of the initial collapse. It is dead. Celtic has not been “consulted” because there is nothing to consult on, Celtic is a member of the ECA and the ECA are committed to a future within UEFA, and our club has confirmed that time and time again.

Indeed, we served on the UEFA committee which drew up the new Financial Sustainability regulations. We’re going nowhere, least of all towards such an obvious money grub and power grab, and one that UEFA will kill in its crib.

I don’t know what the purpose of these stories is to be honest. Do they sell papers? Do people actually believe any of it? I guess that somewhere there is an audience for this nonsense, but they have to be pretty far removed from the news cycle to have missed the way this story has been discredited time and time again.

These people had one shot, and they took it. Within 24 hours of the announcement, fans had lobbied their clubs, the football associations were threatening sanctions and UEFA itself was gearing up to wage war.

Within 48 hours all the clubs but three – Real Madrid, Barcelona and Juventus – had withdrawn their support.

You cannot get a more comprehensive rout than that.

And still the stories continue, involving our club’s name.