Commons Is Back To His Usual Today. Talking Garbage About Celtic And Ange. 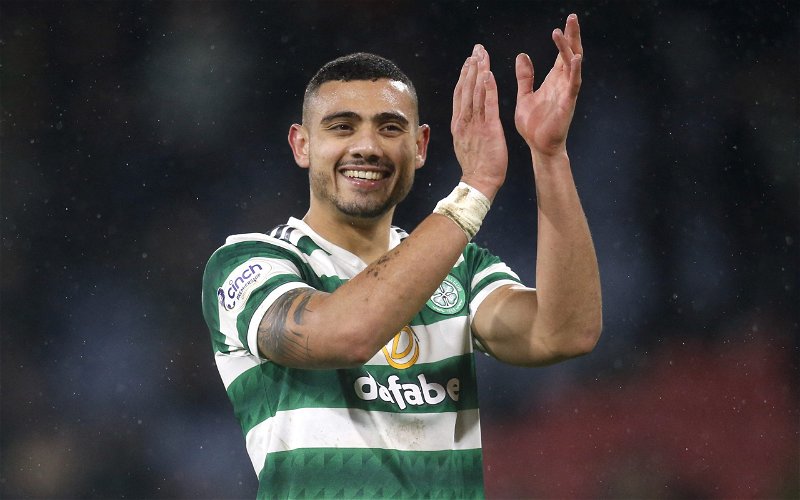 There are few people from a Celtic background who annoy me more than Kris Commons, who now writes for the most toxic rag in the country (although The Express and The Sun do their level best to keep up) and constantly second-guesses whoever is in the Celtic dugout at any particular time.

Today is no exception, as he has produced an argument so stupid and contradictory and without the bother of facts or context that it blows your mind.

The piece is about Giakoumakis, and how Ange needs to “rotate more” and keep him happy. Perhaps Commons hasn’t noticed that Ange has done that, consistently, and not just in the forward’s position but in every department of the team.

I think Giakoumakis would have started more games except that he’s obviously been doing a bit of moaning behind the scenes, and allowed himself one very public indulgence on Instagram. Ange isn’t impressed by any of that, and has known for a while that this guy is not fully getting with the program. I think that has cost him time on the pitch.

Commons’ argument that this will keep players happy is an absolute nonsense.

If you accept the premise of what he’s saying rotation does that … but Moussa Dembele, one of the players he’s talking about, was in and out of this club not much quicker than Giakoumakis, so right away two planks of his argument collapses under scrutiny.

“Quite why Postecoglou doesn’t rotate a bit more the way Brendan Rodgers used to only he could explain but that’s his prerogative,” he wrote, and it’s good that this fool recognises that. But if he’d listened he’d know that the manager has shared his thinking on this many, many times. He is happy to rotate when he’s confident that he’s getting the right effort.

“Assuming Giakoumakis does leave for Japan this week, there’s a huge pressure on the manager to recruit an adequate replacement,” Commons continues.

Maybe he has failed to see the vast number of strikers we’ve been linked with, or failed to recognise that Giakoumakis is still at the club whilst we’re looking. There is no pressure on Ange whatsoever, because until he gets in the right guy the Greek won’t be going anywhere.

He also tries a little spook story to scare the kids.

“Celtic’s record with signing forwards in the last decade has been patchy at best. For every Gary Hooper, there have been several like Mo Bangura and Stefan Scepovic. Even talented players like Teemu Pukki never showed their best in a green and white jersey,” he writes.

How desperate, to have to go back a decade to find a point worth making.

Yeah, we’ve squandered a lot of money on second rate junk over the years but in case he hasn’t noticed we now rely on data, and analytics and all that cool stuff which has allowed Ange to hit the target on nearly every single player that we have gone for.

We have systems in place now. This stuff isn’t left to chance, far less to the “judgement” of people who aren’t qualified to make football department decisions.

Honestly, I sometimes wish Commons would give these articles two seconds of thought before he posts them.

He was looking for something to moan about in relation to the Giakoumakis sale.

None of us is happy to see the player go, but we’re not panicking over it and we’re not looking back ten years and giving ourselves nightmares on that basis.