Dougie Imrie And Others Have To Get Real. Celtic Did Not Win On The Back Of The Penalty. 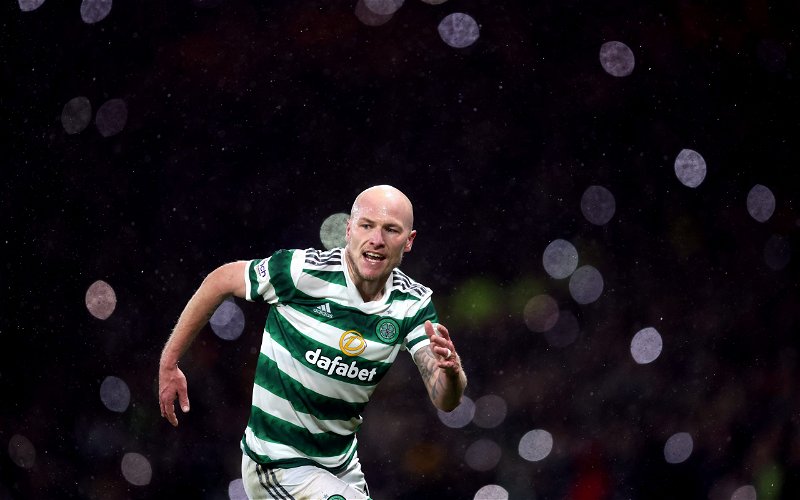 I have no idea if Dougie Imrie is a nice guy or not or if he cares about our club or dislikes us with the passion of a Follow Follow nutjob, but really, I hope he has managed to pull his head out of his backside, where he lodged it yesterday in the aftermath of the game when he said that the penalty kick had killed the match.

“I thought we did really well in the first 15 minutes,” he said. “We had some good opportunities but didn’t take them. Then good old VAR kills the game.”

VAR killed the game? In the 17th minute? Really?

If he was chucking it after conceding the first goal, then I would suggest that his side was never really in the game and were just waiting for the roof to collapse on them.

You have to hope such a negative message did not percolate through to the players on the park, because they’d have been beaten men.

Honestly, the narrative that is playing out in some quarters here is unbelievable. We weren’t gifted a place in the next round of the Scottish Cup regardless of what some of these halfwits appear to believe. Morton did start brightly, but we were already settling into our rhythm and getting on top of it when we got the award. A goal was in the offing.

The decision is a bad one.

It’s a bad decision in a way that last weeks was not, and I’m convinced that Kilmarnock might have had a case. But it didn’t cost them a place in the final any more than the decision yesterday cost Morton a place in the Fourth Round.

We have seen the Kilmarnock one given against us before and we have failed to get more blatant penalties than the one we got yesterday, most notably at Ibrox. The press had little or no sympathy for us.

That we managed to rise above the bad calls and get results doesn’t offer a proper explanation for why only the calls that we do get generate such outrage.

Outrage I can handle, but people shouldn’t be allowed to just talk whatever crap pops into their heads and any suggestion that we’ve moved forward in the cup for the second week in a row on the back of bad refereeing is ludicrous and not worthy of serious debate.