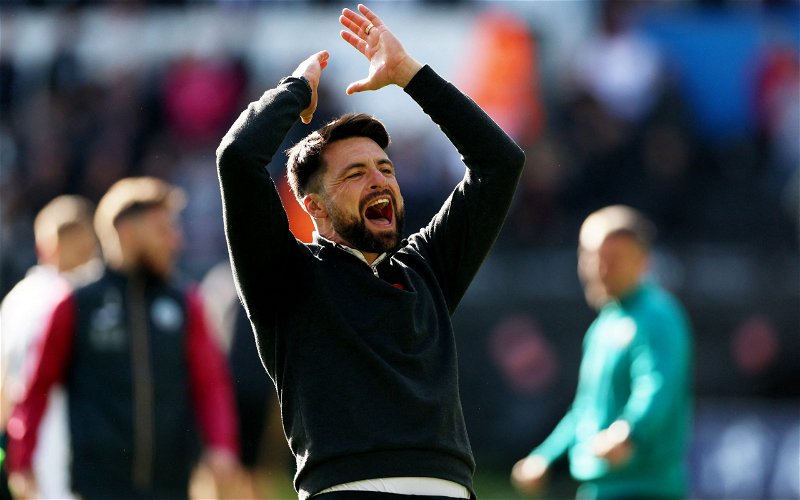 The dreadful arrogance of the Ibrox club has been perfectly summed up today in the comments by Charlie Adam, one of any number of “unpaid spokesmen” for that club who go around spreading its nonsense, and its party line, across newspapers and radio shows.

“Swansea are never going to be happy with the bids for Morgan Whittaker because you never go in with your highest transfer offer first.” Adam said. “Russell Martin doesn’t need to play it out in the media, he should keep it all in-house and just say that you’re not happy with it.”

It takes some front, some front, for Adam or anyone else to tell Russell Martin that it’s better for him and Swansea if they do their business with Ibrox’s target in private instead of through the media when Ibrox’s whole strategy has been to run its pursuit through the press, and in full public view, all the better to unsettle the player.

I think their behaviour in how they’ve gone about not only this but their other transfer business has been pretty appalling to be honest. All on the record briefings, with The Mooch going in front of the press and freely discussing players contracted to other clubs.

Whittaker had to be left out of Swansea’s last game because of the public nature of it.

Ronny Deila has banished one of his players to the reserves.

The media even tried to suggest that he was “happy” that the player was going to Ibrox; he said no such thing, merely that with all the press speculation it was better that the player leave for someone else.

But this Whittaker story has summed up the way Ibrox does its business; working to undermine other clubs, working to unsettle their players, knowing that their stooges will do the rest, as Adam has duly done here. They have some nerve.

He’s pointed out, once again, that the clubs are miles apart in their valuations and he’s told the media that he’s only concerned with getting through the next eight or so days and then the player’s immediate future will be decided and he’ll be back in the team.

Maybe that’s the part Adam is unhappy with.