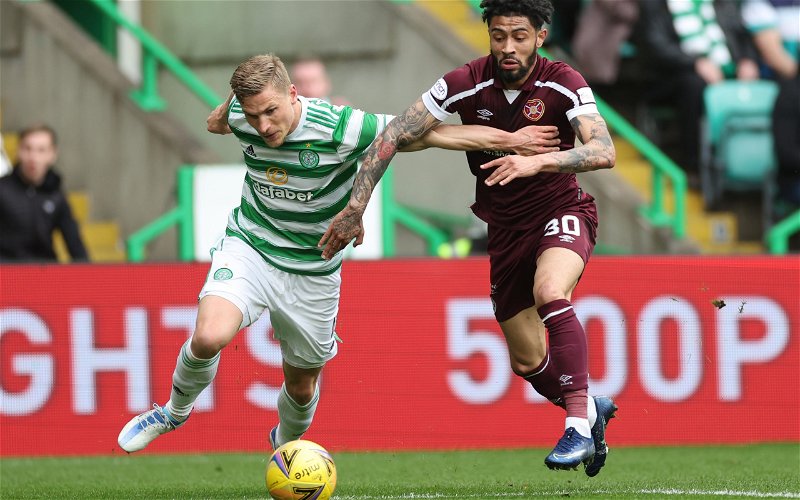 What did I say yesterday in my article about the Carter Vickers-Starfelt partnership? There are people in our media who simply will not accept that they were wrong about the big Swede and are going to keep on finding reasons to criticise him.

And who did I specifically mention? Hugh Keevins. And what was he doing just last night? Having a go at the big guy all over again. He is a broken record this guy, and everything that comes out of his mouth is ignorant swill. He is the actual living, breathing antithesis of the broken clock theory because if he’s ever gotten a call right I can’t remember it.

On Starfelt he has tunnel vision, which comes from being an egotistical twat who even when he’s embarrassed now on a weekly, sometimes nightly, basis he still struggles to accept it. It’s been a long time since anyone really took him seriously, not that he cares about that. Keevins is the very definition of a wage thief, someone paid good money to offer an expert opinion and who only shows up over and over again how little basic knowledge he has.

The idea that Keevins can spot a player has been ludicrous to most of us for decades, since even before his widely derided remarks about Lubo Moravcik and John Spencer. Over and over again he has been exposed as someone woefully ignorant about the subject he is supposed to offer his views on. The average guy in the pub has a better grasp on the fundamentals.

Carl Starfelt is not the finished article, but he’s a better player than the one we signed and playing alongside big Carter Vickers is giving him the confidence to grow even further and it will not be long, mark my words, before he’s back in his national team and gaining ever more plaudits from the watching world even as Keevins flounders to justify his continued hostility towards the player.

But that hostility is easy to understand. Keevins knows what he is, deep down, and he lashes out at everyone who makes him feel like a fool. That’s why Celtic, as a club, is so often the target of his bitterness, because we’ve mugs of him time and time again, and I suspect it’s what’s at the heart of his frustration at Starfelt.