This Transfer Window Delivered Much More For Celtic Than It Seemed. 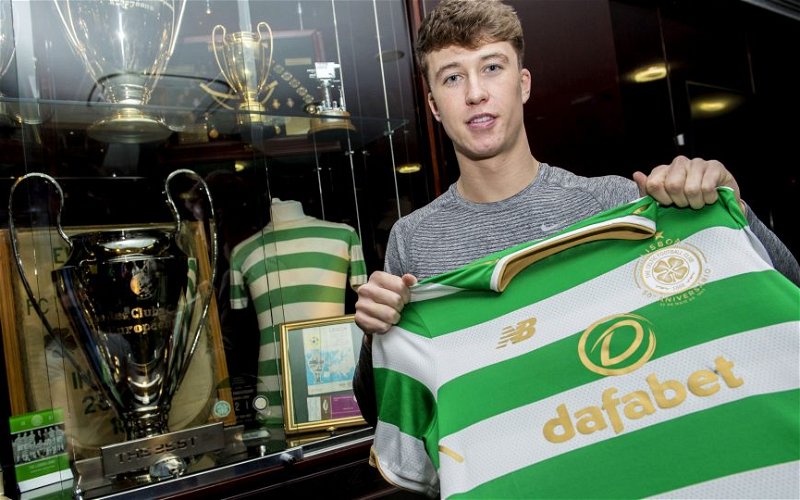 There is a thread on SevcoMedia today which, in keeping with much on that site, ignores objective fact.

According to those posting on it, Brendan will leave in the summer, Dermot Desmond is robbing the club blind, they have better players than us now in almost every position and our club is “thinking short term” whilst theirs has a long term vision.

How disconnected from reality do you need to be to believe shite like that?

Brendan has stated his intention to stay for at least the next three campaigns.

He talks about Celtic with enormous love and affection; you cannot have missed how committed he is.

Celtic’s accounts are open to anyone who wants to look; if any kind of financial sleight of hand was going on it would be there in the books.

We invest in more than just the first team; we have a major infrastructure project to work on for openers. That’s long term thinking. The average age of a player in our squad is 22. Think about that. Most are on long term deals.

They have a stand in manager, four short term loans, no strategic plan, no money for infrastructure or anything else … and a criminal chairman awaiting his next court date.

The idea they have better players in almost every position is a joke.

It has entirely escaped their attention that we have emerged from this transfer window stronger than we went into it, and we went into it with a clear SPL lead, a trophy already in the bag and one domestic defeat in eighteen months. Some of them still believe they can win the league, but that takes ignoring the evidence in front of their eyes.

Even if they win every single game it probably won’t be enough, and that is idea so ludicrous I suggest anyone who believes in it go down to the bookies and ask for odds; put a tenner on it and your troubles are over, you’ll never need to work again.

If you win. Which you won’t.

Don’t quit your job on the strength of the betting slip.

Celtic has not lost a single first team footballer. We have brought in two defenders, to strengthen the weakest area of the team. We have secured a fantastic young talent for next season. We have added Musonda, a player of massive potential and genuine quality in the here and now.

Roberts is on his way back to fitness. We have more attacking options than ever before, and Brendan’s tactical flexibility of late makes us unpredictable for the opposition. It is not inconceivable – it’s not even unlikely – that we could go on another long unbeaten run.

Compper got injured early, so we’ve not yet seen him, but all the indications are good that he will offer us something very potent. Young Hendry is an excellent signing, a player young enough that he’s just going to get better, and who will grow in stature playing alongside our current defenders.

Lewis Morgan is a fantastic prospect we’ll have at the club for a long time to come.

Other players have stepped up in recent games; Ajer is a top footballer and having him in the first team is like having a new player. The same applies to the man we purchased for big bucks in the last January window; Eboue looks like a natural. He’s a hard man in a tough guy’s role. He will be a midfield enforcer par excellence.

I was talking to Phil recently, and he said something to me that rung a lot of bells; he said that Brendan and Chris Davies are involved in what people inside Celtic Park are calling “succession planning.” It means that they are mapping out the long term future of the team right now.

They’ve looked at the players coming to their end of their time at the club – either by age, contracts running down or who are likely to leave – and they’ve started to plan for what happens.

The key phrase to emphasise here is “long term.”

It is assumed that Moussa will go in the summer or next; I hope it’s the latter and so do most people at Celtic Park. But if he does his replacement is already at the club, and the chances are good that this will be made official in the summer. It’s Odsonne Edouard of course.

Brown is at the top of his game right now, but his long term replacement has already been sourced; it’s Eboue.

Musonda will be here for 18 months. It’s no secret that Ryan Christie is earmarked for that role long term.

Gordon is in his 30’s. We’ve brought a kid in this window who I suspect will be here long-term; Scott Bain has been on our hit-list for a couple of years now.

We will buy in key areas, never shirking when it comes to maintaining the quality of the squad; this will not be done at the expense of our place at the top of the game, and a team that plays in the Champions League groups. There will be more important buys, but development is the key.

Scott Sinclair will make Lewis Morgan a better player so that when the kid has to step into his shoes it is done seamlessly. Ntcham is going to become one of the best midfielders in Britain at Celtic Park. If Armstrong goes, we may not even miss him.

If you think it’s a foregone conclusion that Simunovic and Boyata will go, think again. Both are young enough that they can still learn and develop; it’s only if Brendan thinks they won’t get better that you will see them leaving. The average age of our first team squad is frightening low; frightening, that is, for other clubs. If the core of this team continues to grow as a unit there’s no telling how good this side might prove to be.

This team is still a “work in progress”; some of it looks like low-balling right now because the big picture is so enormous it’s hard to wrap your brain around. A lot of these look like “project” signings and they are; the thing is, the project isn’t what it used to be.

For the first time in many, many, many years at Celtic – since Stein perhaps – there is a vision for the future of a young side growing together, where exceptional potential is being assembled to turn into a footballing machine that works like a Swiss Watch.

The irony is, this is the project Sevco fans dreamed of, back in the Third Division. They had an idea of blooding a young team and developing them through “the journey” so that by the time they reached the SPL they would have a group who knew each other well enough to play together in their sleep. They would also have a significant pot of money for adding those quality footballers who could take the club to the next level.

They don’t recognise this when they see it, because as ever they are obsessed by bling and by short-term thinking. They squandered their own opportunity to do all this by spending ridiculous sums of money topping up the pension pots of dreck like Sandaza and Black.

This window delivered much more than it seemed. It continued our forward momentum and gave the whole club the shot in the arm it needed after a difficult spell. We are undisputedly stronger coming out of it, at the back and in the crucial attacking third. Midfield was not an area we needed to touch, but Eboue has stepped up and into the light.

Scottish clubs could barely cope with us before now.

How the Hell are they going to stop a Celtic side with a flexible playing system, options in every area and with a manager who can see a second treble and more history looming in front of him and who will do everything he has to in order to secure it?

Our version of “bad form” delivered the League Cup and put us on the verge of seven in a row.

God help these people when this team really starts to motor.