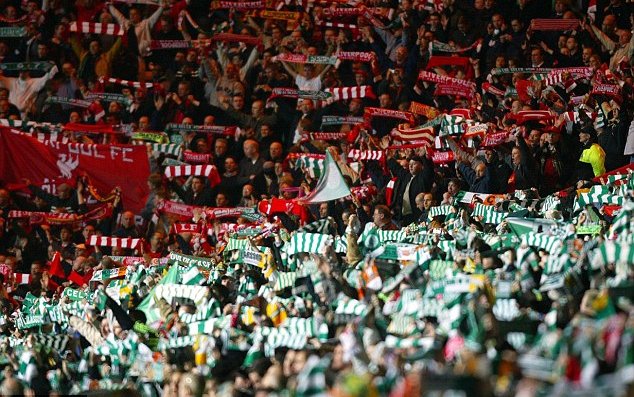 Sevco’s most bat-shit fan site has put up another deeply deluded article. This is probably the worst yet. More than ten point plans and Fernando Torres fantasies. More likely to send you to the sick bucket than all the Gerrard love in’s and more screwed up than conspiracy theories about “enemies within.”

Last night they posed a simple question; Have Sevco “Taken” Liverpool From Celtic?

Did you guys know we owned Liverpool?

That we had a claim on the Anfield club?

And apparently Gerrard has helped them “take” Liverpool from us.

I know Sevco are a painfully inept organisation with desperate fans who are begging for social acceptance but this is a new low point, surely? Clinging on to the coat-tails of the Champions League finalists in the vain hope that some of the stardust falls upon them.

Here’s what they’ve missed; Celtic, as an institution, has a fine and historic relationship with Liverpool as a club. It has damn all to do with star-dust or wanting to bask in someone else’s reflected glory. It’s about mutual respect. It’s steeped in a long, deep, understanding of the similarities between the club’s respective cities. It’s there in Bill Shankly’s famous words to Jock Stein. It’s there in Kenny Dalglish and the affection he has for both clubs. It’s found in the song we share.

And yes, it’s there in the links forged after Hillsborough.

There are so many, many, many things to commend this link.

For all that, at no point did anyone at Celtic make the utterly ridiculous claim that Liverpool “belonged” to Celtic any more than we’d say that we belong to another club and its supporters. The idea is absolutely bonkers, and it takes someone who sees the world in a very warped way to imagine otherwise.

Because it contains in it the notion that they now have some claim on Liverpool themselves.

Liverpool, like Celtic – unlike the Sevco basket of assets – is an institution.

It is a proud one with a history that eclipses that of any other club in England, including Manchester United.

Other English clubs want to be what Liverpool is, but they will never have the roots it does far less the trophy cabinet.

Whilst they are artificial constructs, built with £50 notes, Liverpool is the Real Thing.

The idea that Liverpool “belongs” to anyone but its own fans is rank, stinking, nonsense and an idea that could only have come from an utter moron.

And I say this knowing full well my own club is not beloved by a section of their support.

Nobody has to tell me that there’s a section of the Liverpool support that loathes Celtic; I know it very well.

When I was at university I met a Scouse girl who despised the very idea of our club and made that pretty plain. She had an affinity with a certain other Glasgow club, whose name I daresay I don’t have to mention, and she was by no means the only one. The section of the crowd at Anfield who don’t mind an association with latent fascism and sectarian sentiment will, I am sure, be entirely happy and will be happy to promote a casual linkage.

I know other Liverpool fans will be disgusted.

Even more of them won’t give a toss either way; they are the folk who feel about ex-employees the way I do. Good luck to them, but the second they walk out that door, for all the service they provided, they’re gone and my focus is firmly fixed on what those who are still in the building do next.

Football fans have gotten very unsentimental about this stuff … perhaps it happened at that point where wages stripped any vestige of loyalty out of the players themselves. Fans know exactly where we stand with these folk.

To many, Gerrard will be the club’s loyal servant who would have signed for Chelsea and walked out of the job at the club he was lucky enough to get to take a punt at the SPL … and that alone will be the measure by which he’ll be judged.

Liverpool is a proud and honourable institution, and a club that is very close to my heart and it will remain that way.

It doesn’t matter how many reserve players they send (or indeed don’t send) to Ibrox to “help” Steven Gerrard.

I know enough to know they, too, will be utterly unsentimental when it comes to making those kind of decisions.

If Gerrard is to return to the club it’ll be on his merits and that means when he’s earned it … not when someone hands it to him on a plate. He needs to be tested and to prove he can handle it before they’ll countenance that … Sevco fans seem to think the club will help him succeed. What would be the point in that? Better to throw him in the deepest of deep ends and see if he can swim. What better way to see if he’s got the stuff?

I find all this stuff pretty pitiful.

Sevco fans have long slagged Celtic supporters and our club for forging relationships and making friends; now one managerial change later and they are going around bragging on how they’ve nicked our mates?

The boast itself is empty, worthless, puerile nonsense.

I mean, do the writers at that site have even the slightest idea how absolutely ludicrous they sound?

This wouldn’t even come up to the level of a schoolyard debate.

All this is because, finally, they believe they’re on the big stage.

That, too, is sheer fantasy.

I cannot write this enough times; it is Gerrard the world is watching.

That club is a sideshow.

The problem with hiring a manager who is bigger than you are is that all the attention is focused on him and in case it hasn’t dawned yet, that only highlights over and over and over again how small you are.

Celtic has spent years cultivating relationships across football; we do it because we understand that football is a global sport with the power to do more than just entertain us. We are proud of all the many associations and alliances we have. We do it because it’s a good thing to do, because we’re internationalists, because we respect other teams and other cultures, because it’s part of who we are. It’s in the club’s DNA.

Sevco fans are not interested in building relationships just to do it, to celebrate being part of something greater than themselves … they seek marriages of convenience, that’s all. Their selfishness and egotism is boundless and it seems to get more intense the lower the club sinks into this pit of debts and doubts and hatred.

Frankly, those who look closely at them don’t rush to embrace them, they turn away in disgust.

Steven Gerrard is not going to change that.

But if he doesn’t watch out he will be tainted by it, and more than any failure as a manager that’s something he will carry with him forevermore.

You see the scarf below?

That’s about respect and friendship.

How could it be?

Ibrox Noise … honest to God, those Peepul just don’t get it do they?. 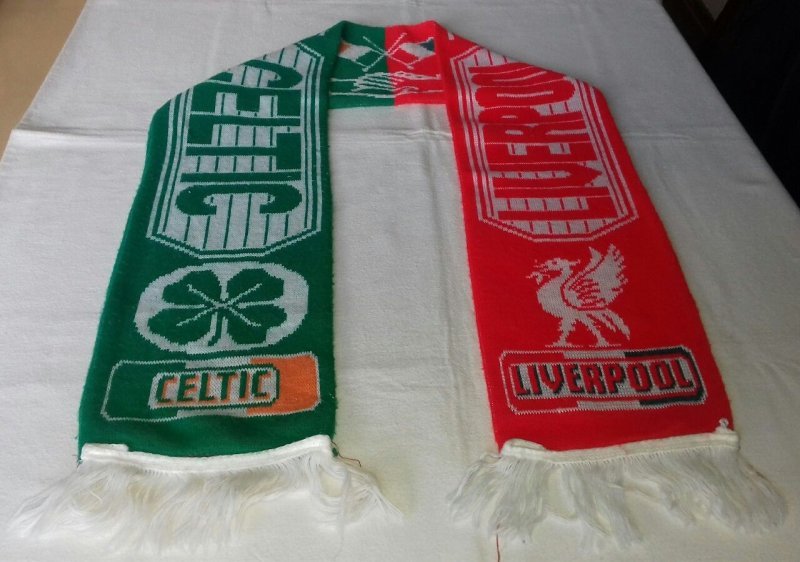