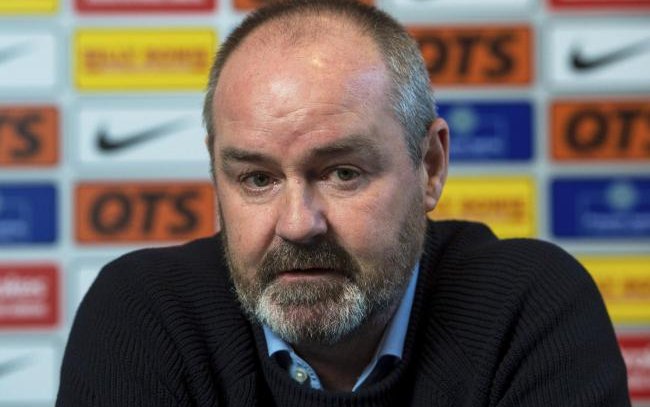 In a game dominated, at times, by an almost unnatural fear of saying or doing anything that rocks the boat or stirs up the lunatic fringe of the Ibrox support, Steve Clarke continues to stick his neck out and get in their faces. Today was no exception.

Sitting at the press conference prior to their coming game with Aberdeen, Clarke was asked straight up what he thought of the reaction out of Ibrox concerning his own club’s decision to cut the ticket allocation for the final day of the season.

As per usual, Clarke did not miss the target, and it was pretty clear that he blamed the media for much of it as well.

“This is not about (them),” he said. “It is about Kilmarnock. It is a decision about our football club and our fans. That is the most important thing. It has nothing to do with (them). I am not surprised (by the response) but as I say, it is a decision for Kilmarnock and their fans. The nonsense that has followed it is typical Scotland I suppose. Typical.”

Clarke is right about this being nonsense, both from the media and from the Ibrox club itself.

In the days since that decision was announced there have been hacks asking if the decision was justified, online polls in newspapers asking if it was fair and lunatics like Gordon Smith being given acres of coverage with which to rail against the decision.

He, of course, suggested that the Ibrox club should just boycott games there.

Clarke also called the media out for “lazy journalism” in linking him to Fulham. They are doing the same with Neil Lennon today, of course. I would imagine our interim boss will treat the story the same way. The hacks really do not have a clue.

Clarke is well able for them though. During the same press conference, he said he might be interested in the Scotland job, but not whilst this season is still running. The man has integrity as well. He will be a loss to the game here when he finally heads back south.