Big Jullien Not Only Walks The Walk, But He Talks The Talk As Well. 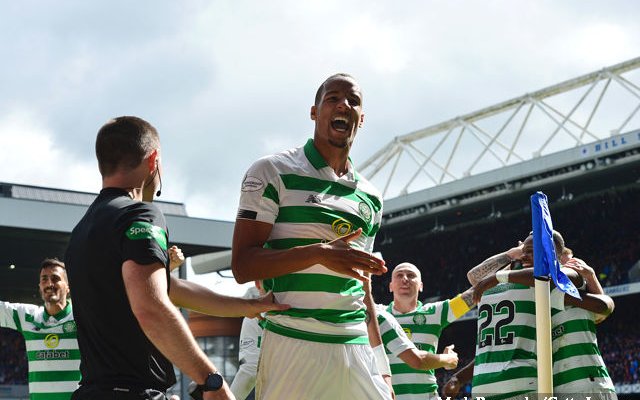 To me, if a footballer can nail it on the park I really don’t care how he comes across when he’s sitting in front of the media.

You don’t see many ex-players go on to great careers in brain surgery, but then you don’t need to be possessed of Socratic wit and wisdom to bamboozle our press to any great effect.

I would just prefer to judge a player on his actual games.

Christopher Jullien was getting about as much media stick as anyone I’ve seen in Scotland based on a handful of games.

Only Bolingoli was getting more.

Coincidently, these, of course, were the two players we payed £10 million for at the start of the season. I knew it was insane to write them off, and if they were players at Ibrox nobody in the media would have.

Why has no-one suggested that Helander isn’t rated by Gerrard?

The allegation was made that Jullien wasn’t rated by Lennon. Some even suggested he didn’t sign him.

Big Jullien won his battle on the park at the weekend. Hell, he won all his battles. He was commanding on the ground and in the air – he never lost a single one.

The performance was sensational and he deserved the man of the match award that came his way.

He is settling in nicely. I like the look of him.

He is cool and calm, confident on the ball, domineering in the header.

He will be a great asset as we head for nine in a row.

But last night he was equally impressive in front of the media.

Listening to him talking, you got a really good feeling about him.

He was articulate, funny, smart and on point. He was modest about his own display, and spoke more about the team … that’s such an important part of why we’re successful right now, that team ethos. He did not allow the media to trip him up either.

When he spoke about Morelos and the sneering of the other Ibrox players he didn’t fall into the old media trap.

He put it down to just one of those things that happens out on the pitch. He shared with us a little of his mentality; “I told, ‘I like that, keep it coming …’” he said when telling the press that Morelos tried a little trash-talk.

And his comments about Brown were just fabulous, speaking to a club unity and strength that is one of the main reasons for our wonderful run of success.

This guy hasn’t been at the club long, but he gets it already and he’s a big part of it.