Jonny Hayes Has Probably Earned A New Deal, But Others Must Get Theirs First. 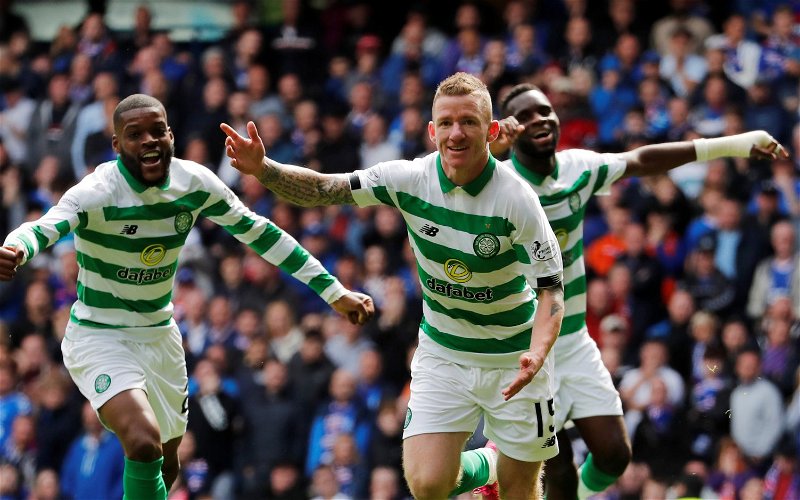 I have a difficult “relationship” with Jonny Hayes, if you want to put it that way.

I long thought he was a signing we should not have made and Lennon’s constant playing of him last season when there were, to my mind, better alternatives, was one of the things that worried me about the prospect of him getting the manager’s job on a full time basis.

Because I always thought Hayes was little more than a good SPL player. I still think so, but it’s clear now that he’s a very versatile one who gives us options. I have struggled at times to understand Lennon’s fixation with him, but I can no longer deny that he does a turn.

Hayes is one of those honest pros who has made everything of the talent he was born with.

That’s a huge compliment, putting him in the same company as guys like Scott Brown. He gives everything. He can find it on the big occasions. I do like him, it’s just that I’ve always thought having him in the team meant someone more gifted was being left out.

But it’s what you do with those gifts that matters, and Hayes wins hands down against many of them. He is grafter, and never stops fighting for the cause. I understand, now, why Lennon rates him and against Lazio he was exceptional in the left back role I was absolutely convinced we shouldn’t risk him in.

Yes, there are compelling reasons for giving him a new deal.

Surely, though, others are in front of him in the queue? Top of the list are the big players like Ajer and Odsonne Edouard, who surely deserve new deals and especially if we’re to keep them out of the greedy grasping hands of English clubs?

If we’re going to retain their services we’re going to have to roll the red carpet out for them. I reckon both would sign new deals and commit beyond the current campaign. Ajer could be seduced with the obvious offer of becoming a future captain.

Then there’s Nir Bitton, who I thought would have tied up his own future at the club long before now. I will worry every day that there’s no resolution to that saga. It would be a supreme act of folly to allow him to slip away when, all told, he’s keen to stay.

Once those pieces of business are done, I can definitely see a case for giving Hayes an extension. Honestly, as much as I’ve come to like him, he occupies an area of the field where we remain well covered and he’ll never be more than a squad player as a result.

We have other priorities, and although things are moving fast towards January, when he can talk to any club he pleases, I have to think Jonny Hayes would prefer to stay at Celtic. The offer will come, I’m sure. But after the others, Celtic.