One Of Our Striking Targets Is Stalling On Celtic Move Because He Wants More Money From Someone. 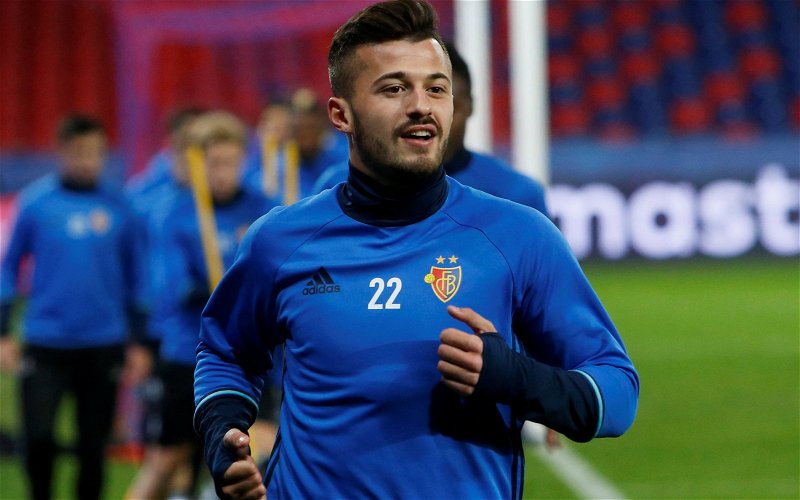 The Ajeti story has had a new twist today with the news that he turned down the move to Celtic because of cold, hard cash.

This gels with something I was told yesterday by a good friend of this site who I’m happy to name in a future article.

As usual, he’s right on the money if you’ll pardon the pun.

This morning’s story comes from a West Ham blogger, who says that Ajeti thinks he can get a better deal somewhere else.

The friend of this site told me that the people he wants his money from are at West Ham. Yes, his current club.

He thinks he’s entitled to a pay-off in order to leave, and he won’t go anywhere until they cough up the green.

This is why the West Ham blogger has been briefed that the club is angry because he’s still on the wage bill. Ajeti is in Switzerland waiting for the club to cough up. That’s my understanding of the situation as it stands, and if that can be sorted we’re back in the race.

I am telling this story because the spin is already being put on it that he doesn’t want to come to Celtic. He might not end up at Celtic. But it has nothing to do with not fancying the move. This is a good old fashioned standoff over cash. It will either be resolved or it won’t.

Celtic cannot afford to wait and we won’t.

The news yesterday that we went for a Troy Parrot was welcome; he is a fantastic player, a Spurs breakthrough talent who is going to be an enormous part of their future. Already an Irish international, he would have been a fantastic capture and his age would not have dissuaded me from writing that.

Unfortunately, he preferred to stay in England, perhaps for family reasons or perhaps because he just thinks it will be more beneficial to him.

He’s wrong of course, he could have played in the ten in a row team and that would have been huge for him … but it’s his decision. I am only glad that we were in the race because it means we’re not waiting for things to happen but actually trying to make them happen.

This shows that we’ve got things going.

The next few weeks will be interesting.

Will Ajeti be on the books before they come to a close?

We’ll find out, I guess.

But moves are afoot, and not just at West Ham.

We are used to seeing Celtic fumble about; this window has started to feel different.