Two Up Front Is Our Game Changer, But Celtic Can Still Shoot Themselves In The Foot. 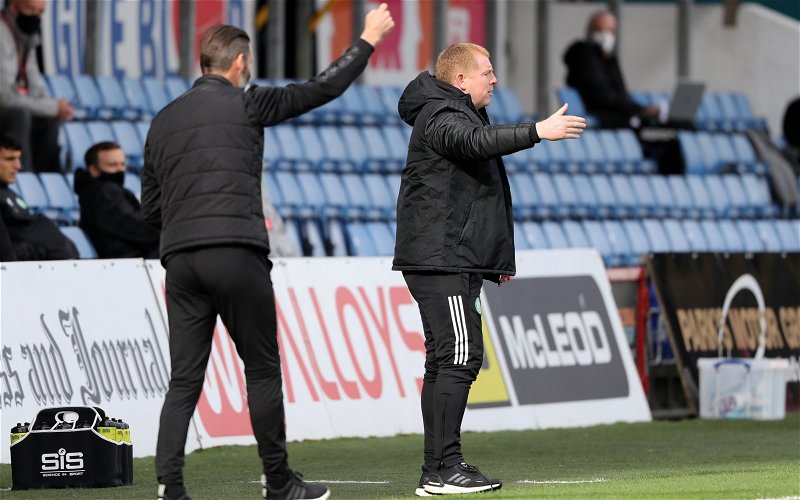 I am resolutely of the view that we would have been far more comfortable last night, and won that match by a right few goals, if we hadn’t first shot ourselves in the foot. Two up front is the formation that changes the whole construct of the season.

Teams still don’t know how to cope with it except in one way; to put every man behind the ball for the full 90 minutes. Even that strategy is not guaranteed to work.

Our team needs to concentrate at the moment. Too many passes went astray last night, too many through balls were over-hit. The performance was flat, frustrating to watch, and at times we looked shakier than we should have.

But the real problem is that we gave them a goal of a start and almost rendered our game-plan moot. We allowed them to play ultra-defensively and would have let them present it as a moral victory had they gotten as much as a point doing so.

We need to be very alert in the early part of games that we don’t hand teams such a major psychological and tactical advantage. When we conceded that last night I knew right away the game was going to be a long, hard slog.

That’s when I am most grateful for the battling qualities of this team though. They did what they had to do, digging in and gutting it out. Duffy proves, as I’ve said, that he will be a formidable presence at both ends of the pitch.

Forrest scored his 90th Celtic goal last night. The countdown to his 100th is now on. For all the critics in our support give this guy a hard time, he’s on the brink of something only a handful of players in our history has ever done, and I think he’ll be the first to do it from midfield.

We should be giving this lad more credit than he gets.

This whole team deserves credit right now though. The press might be going on and on about how “impressive” the start a certain other club has made is, but here’s the news; come Saturday we’ll have played the same number of games as them, and if we win by more than two goals we’ll be in front of them in the league table, where we belong.