Ronny Deila Left The Celtic Board A Lesson They’ve Yet To Fully Learn. 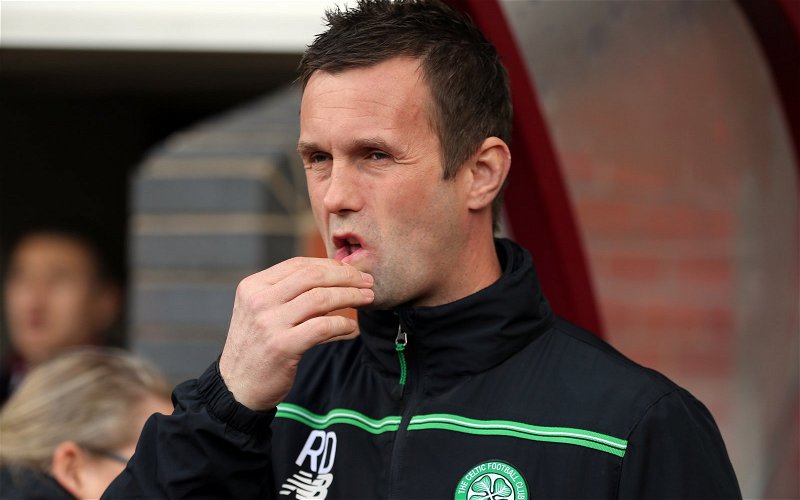 Ronny Deila was not a disaster or a failure at Celtic. But he did fail.

How can I reconcile those two separate views?

Well, his revolution did not succeed.

He won two titles and I think he was robbed of a domestic treble by an “honest mistake.” We lost on penalties at Hampden and he paid with his job. Contrast that to Lennon winning at penalties and keeping his.

Fine margins? Of course. But had Ronny been “Celtic minded” he would have been harder to get rid of.

The man is one of the most misunderstood figures in our history.

Yet by the time Ronny’s departure was announced I wanted him gone.

It was clear that there were just too many things wrong inside the club whilst he was there.

But I never felt anger with him the way I feel about Lennon right now. Ronny’s problem was that he wasn’t seen as a serious enough figure to be Celtic manager.

Looking at it now, that seems ridiculous.

Ronny Deila’s managerial credentials were, and are, vastly superior to those of Neil Lennon. He had worked miracles with a virtually unknown Norwegian club. He was a title winning boss in his national top flight.

There is an element of arrogance involved in the way he was viewed by a section of our support and certainly by the media.

The real problem is that he was viewed that way by some of the people in our dressing room, and one of the greatest services Brendan Rodgers did for us was to remove those people from the club when he arrived at Parkhead.

This is a critical issue which needs to better explored.

Looking at it now, there is absolutely no question that the hiring of Ronny Deila was innovative and one of the best moves we have made in the modern era. I absolutely believe that now, and hindsight is part of it. I don’t believe Lawwell and his board truly understood what we had in Ronny, but they understood enough that they gave him the job.

His ideas were revolutionary.

Those ideas had a momentous impact on some of our players, most notably Kieran Tierney and Callum McGregor. It is no shock that these two became integral parts of the Rodgers team.

They bought into his ideas completely, and changed their whole footballing outlook. Others refused to get on board, and some of them made their opposition plain. The more troublesome were shipped out the minute Brendan came in.

The amazing thing is that those who remained were forced to embrace those very same ideas. The only difference is, Rodgers showed his ruthlessness early and thus he was absolutely respected from the moment he walked through the door.

Rodgers had the gravitas to carry through on his plans.

He dominated the club – not just the dressing room but the club – from the moment he arrived.

Nobody in the dressing room had to wonder what he was about; everyone knew. He almost worked the Miracle Of Anfield before Klopp got near the place. His football talents are now being ably demonstrated at Leicester.

But the key concepts he perfected in the behind-the-scenes operation were already waiting for him when he arrived at Parkhead. Ronny had done the work that mattered. He built the foundation.

The club Rodgers briefly built was constructed on them.

It is not enough, then, to bring in a manager with the right ideas.

He has to be able to command the dressing room as well.

He has to be the kind of man who can motivate a group of millionaires and push them to a level they’ve never reached before.

It is not enough to have a man who tries to dominate with the force of his personality.

I heard all this tired claptrap about Lennon when he came in; the old “scream at them until your throat hurts” style of management does not work. Being able to inspire them with words works only so long as people believe in that magic spell.

When it’s broken it’s over.

These aren’t separate criteria where we’d be doing just fine to get one out of two right. We need someone who can do both. Rodgers also brought a brilliant tactical mind to the job, and that, too, has to be a requisite.

But if we’re going into this with some old school boss we’re setting ourselves up to fail.

If we bring in an analytics and fitness guy who knows all the modern tricks, then that’s all well and good.

But if the players are sniggering behind his back he’s nowhere.

The importance of getting this decision right – absolutely right – is critical … and we cannot appoint anyone who doesn’t meet all of our needs. There are good managers out there … our next manager has to be a great one.

I’ll explore that in a little more detail tomorrow.