Celtic Remains Silent As Ibrox Goes On The Offensive Against The SFA. 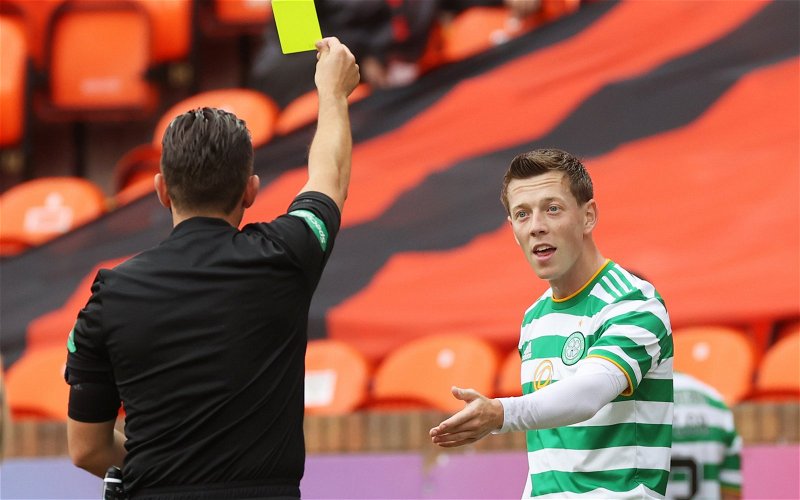 Last night, as this blog has been predicting for a while, we lost one of our players to yet another thuggish tackle.

The referee deemed t a booking.

Probably it wasn’t a red card, but the player who did it felt empowered to go for the ball in that fashion.

He felt that way because our club has not done nearly enough to protect its footballers.

This has been in the post for months. Our club has been almost criminally complacent on these issues and it is not surprising that we’ve paid for it at the worst possible time.

Even as we fumble about here other clubs are not so idle. Ibrox has gone on the offensive over the SFA charges against their players – the deserved charges, it has to be said.

But this is what they do over there, they are aggressive in promoting their interests.

We stopped being aggressive about this stuff a while ago.

In a season like this one, every little tiny advantage counts and we haven’t pressed a single one of them.

It was perfectly obvious – and especially after one referee talked openly about “what is at stake” – that we weren’t going to get the benefits of many decisions … it was our responsibility to warn these people off, to keep them on their toes, from the very start of the campaign.

Like everything else, we slept at the wheel and you can see what happened. At Ibrox they’re the only club not to have a penalty awarded against them.

An embarrassing number have fallen their way.

Do they rest on their laurels? No.

Even when they get the benefit of in-game decisions which win them points they complain when their players are cited after the fact, when it’s too late to matter.

That doesn’t stop them, because it sends a clear message.

Everyone knows the club at Ibrox is frequently foaming at the mouth, but they have their SFA strategy right on.

They have ratcheted up the pressure from the summer all the up through the campaign whilst our own board hasn’t said a word, even when we’ve seen our players kicked from one of some pitches to the other.

Decisions go against us and we don’t say a thing.

There are some who think Lennon could salvage part of his reputation by speaking out now.

Why bother? He’s been mute all season along with his bosses.

It would come off as playing to the gallery and little more, but he should do it anyway for the sake of his players who know that at the drop of a hat he’ll throw them under the bus … but must wonder if he’ll stand up for them when it matters.