Sevco Games The System And The SFA Rewards Them For It. What A Disgrace.

So the SFA has scheduled the Ibrox Five hearing for after the Scottish Cup game with Celtic.

Sevco lodged an entirely bogus appeal on non-procedural grounds, simply to game the system and they didn’t even try to hide that fact, and the SFA has rewarded them for it.

Peter Lawwell, you must be so proud of yourself. 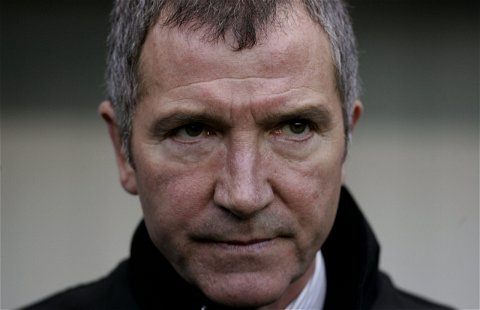 What a disgrace it is that we have left this job undone.

We see the results of it tonight; a gutless, craven organisation prostrating itself before Ibrox as in days gone by.

The club over there has no shame whatsoever.

They will stoop to any low, take advantage of any loophole, they will exploit and cheat and whatever else they think they can get away with. There was no valid reason for lodging an appeal in this case; it is an insult to every person who has lost a loved one during the health crisis. They are scorning the whole of Scotland with their scandalous behaviour.

The SFA’s spineless handling of this whole matter has been disgrace.

Their delaying and dithering on this issue has allowed those players to take part in numerous games already, and now they will be allowed to play in a crucial Scottish game.

There is not the slightest ambiguity about this case; these players were guilty of violating the most serious protocols every initiated in Scottish football. They blatantly, flagrantly, broke regulations designed to keep other people safe. This happened months ago.

There is not in the least doubt that they are guilty of the offence, and yet not one single match has been missed in punishment for that, more than six weeks on from the incident in question.

Celtic of course will remain silent about this outrage, but we should be screaming from the rooftops about it.

Too many of our fans have allowed themselves to be swayed by political posturing and conned into turning on the Scottish Government; the real problem is where it has always been, at Hampden, and we forget that at our peril.

Tonight they are laughing at us over there, and over at Ibrox too.

Indeed, they are laughing at everyone in Scottish football who does not swear allegiance to the diabolical institution which masquerades as Rangers and operates out of that stadium like a criminal gang.

We are fools for tolerating this for one more minute. But the general impression a lot of us have at the moment is that we are run by fools, and surely it is true if we stand mute in light of this.