Why Celtic Fans Should No Longer Engage In Discussions About “Sectarianism.” 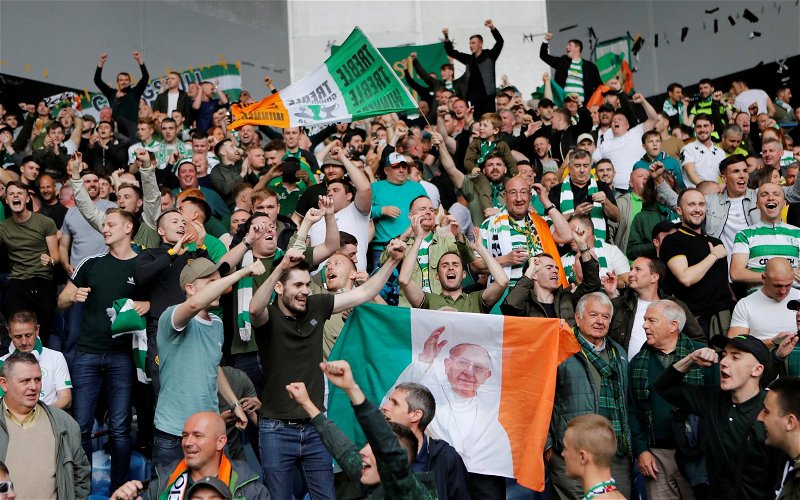 One of the truly disturbing things about living in the world today is the way language has been misused and twisted and weaponised. New and horrible phrases have entered the theatre of public discourse, like “fake news” and “alternative facts.”

But not all of these changes are bad.

Language is in a constant state of evolution. There are phrases and words which have lost all their modern meaning.

There are others which have ceased to mean what they once did. There are words whose definition was expanded to mean things that it never ought to have. Because the weaponisation of language is not a new phenomenon.

For years, the West of Scotland’s peculiar little issue has been described as “sectarianism.”

The problem with that is that as long as it’s been so defined it makes it a two-headed beast which is much harder to slay. See, sectarianism is not a one-sided affair.

Wikipedia correctly defines it as a “political and cultural conflict between two groups”.

In short, in using the word we’re legitimising the idea that we are “two heads of the same coin”. We are giving an out to those who don’t want to present this as it actually is.

Because, and this is the crucial point, there is no “conflict” going on here.

One side indulges in this hatred, not two.

Catholics are not marching down public streets promoting the supremacy of their “side” over the other. Aside from the occasional ned behaving like a goon, the idea that there is an undercurrent of anti-Protestant bigotry in Scotland is for the birds, a contention so ludicrous only those on the far fringes of sanity would even attempt to argue it.

Celtic is not a focal point for this either.

We are, and have always been, a multicultural and multi-ethnic club and we take enormous pride in that. There is no sectarianism at Celtic Park and I resent the ignorant insinuation every time it raises its head.

I flinch every time I read the claim that “Celtic are the Catholic club.”

It is not just lazy labelling, it is dangerous.

Sectarianism in Scotland does not exist in the way in which it is often portrayed. What we have here is virulent anti-Catholic bigotry and anti-Irish racism. To paint this as a two-way street is to lie.

For us to use the word “sectarianism” to describe what is happening here is to play into the hands of people who don’t want to confront the real issue.

I am as guilty as anyone of this, of course.

Phil and I have spoken about the issue several times, and an outstanding article in The Irish Voice recently tackled it and put it in simple terms.

A lot of Celtic fans use the terms sectarianism, racism and bigotry interchangeably although all three words have very different meanings.

There are those who claim that the word “racism” cannot be used in this context are absolutely wrong.

Racism can be directed against nationalities as well as ethnic groups and this has been established in international law. Religious intolerance also veers into racism at time; anti-Irish racism is a real and recognised phenomenon.

Yesterday I did a piece on the idiotic behaviour of Billy Gilmour’s mother, who made a public show of herself in deciding to tell the media that she wouldn’t touch the green part of a Norwich scarf after her son had signed a loan contract with them.

The media seemed to think that was funny. It’s not. It’s bigotry and it should have been called that.

If we’re going to solve this problem, it requires us to get the language right.

Too many times I’ve used the wrong phraseology to describe this stuff. No more.

Sectarianism, like the phrase “Old Firm” belongs in the bin.

Let’s call this stuff what it really is and stop legitimising the argument that these things represent a two-way street. This goes one way. How, in the month of July, anyone can dispute that is beyond me.