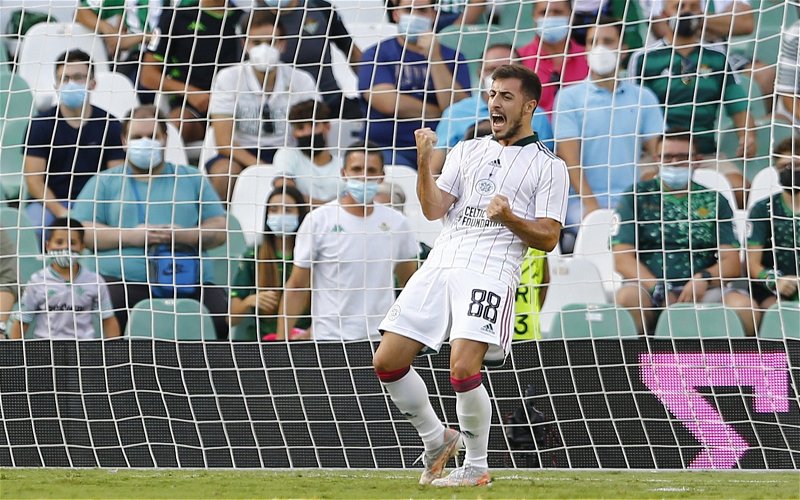 It never rains but it pours, right?

At the weekend, one of the biggest shocks was seeing Juranovic come off. Today the worst has been confirmed; he misses tomorrow night and he will be out for “a few weeks.” So rule him out of Aberdeen as well and cross your fingers that it’s the last he’ll miss.

We needed this, didn’t we?

With Taylor injured already we only have Montgomery or Scales on the left side of defence.

We’re a bit of a mess at the moment, with so many footballers out that you wonder if we’ll be able to cope with it.

McGregor and Kyogo are back in training but neither will play tomorrow, and I hope neither plays at the weekend either. Take no chances, Celtic. It seems that Giakoumakis might be fit for one or both of the games; he’ll probably be on the bench as a precaution.

So we go into tomorrow without our troubles to seek. We’ll have to keep Ajeti as our striker, although he’s not exactly set the heather on fire, we are stuck with McCarthy in midfield although I doubt he’s as fit as he could be, and we’ve got a stand-in left back because our two best options in that position are out injured. The Juranovic knock has come at a bad time.

People will obviously point the finger at the board for not doing enough, but really, what does that even mean when you’re on a run of luck like this? There’s simply no legislating for this kind of injury crisis, unless you have a 40 man squad which for the rest of the time is just a drain on resources and causes all sorts of problems behind the scenes.

A greater question is why our squad gets so many injuries, and if the manager himself isn’t furiously asking that one behind the scenes, and trying to work out what his coaches are doing that might be adding to our problems then I’ll be amazed.

There is something not working right at Celtic Park. We’ve had these kinds of issues way too often over the past few years.