If Today’s Celtic Transfer Rumours Are True We Can Finally Put the Hickey Story To Bed. 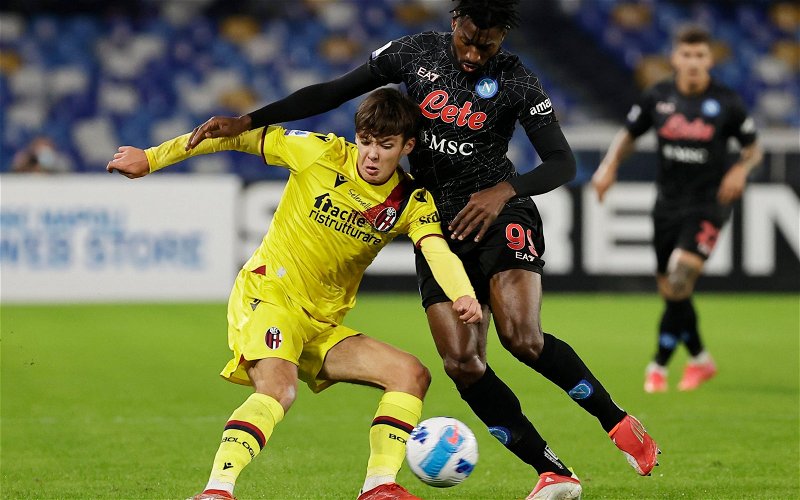 Aaron Hickey is in the press again today sort of teasing the prospect of a move to Celtic.

Coincidently, it comes on the same day that we are linked with a move for the left back from Japan who now looks certain to be our first signing of the January window.

Right now, at Celtic, we have three left backs and that’s not even including the right back who’s covering at that position right now. We just handed a new deal to Greg Taylor, who has certainly earned it for his hard work since Ange came in.

Bolingoli will certainly leave Celtic in the next window, or in the summer.

His game-time is going to be limited. Liam Scales may or may not be an option for that position but he can certainly play there and Juranovic has been steady enough.

If we’re now about to sign another player who can play in that position, then surely the Hickey stories can be nipped in the bud, and not before time.

He has had an opportunity to sign for Celtic and he spurned it.

He has expressed a clear preference for playing in England.

His comments today sound a lot like those of a guy who sees Scotland as a step down now he’s been out in the big world, so even if we did sign him he’d have one eye on his next move. That alone makes it a shady idea.

I have never understood the hype. He’s a decent footballer but he’s fourth choice for a spot with the national team, behind Robertson, Tierney and Taylor in spite of all his alleged talents.

But I don’t know why we’ve spent all this time on this debate. The last time we were quoted a price for him it was over £4 million; that’s way too much for what we’d be getting.

To pay that for a full-back we have to know we’re getting the real deal and the truth is that we still don’t. If we sign the Japanese player Reo Hatate that will give us yet another option in this area and put this story to bed once and for all.

Do it Celtic, so we can all move on from this particular story.