Goldson Told Us All What Many Of Us Knew: There Is Turmoil At Ibrox. 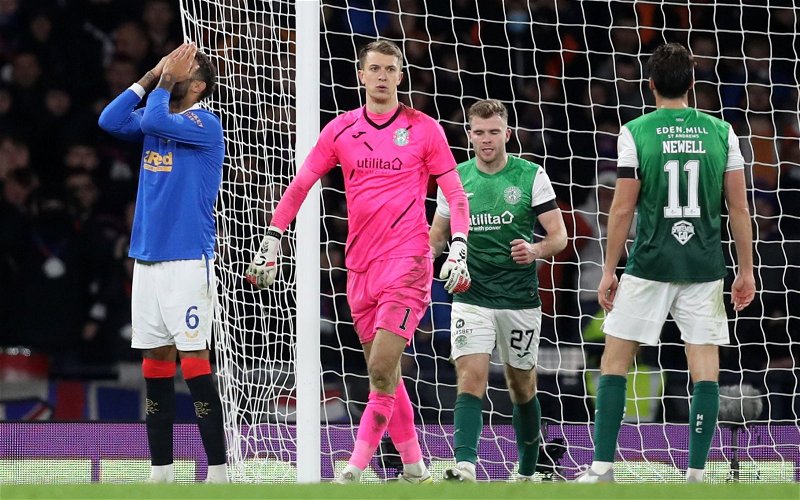 Of all the things today that should have opened the eyes of the Sevco fans to the real, serious problems at their club, Connor Goldson’s post-match interview topped the lot. He threw the rest of the team under the bus. He specifically blamed the keeper for a couple of the goals. He said that whatever hunger was driving them last season is gone.

Goldson has yet to sign a new deal. For him to be questioning the commitment of his fellow players would almost certainly have sparked fury amongst his peers. McGregor has given much of his career to the causes of Ibrox and would not have appreciated the way he was singled out. When a player feels he can do this things are much worse behind the scenes.

As I’ve said before, when you work as a blogger in this city you hear a lot of stuff from behind the scenes. Some of it will be bullshit. After a while – and a few high profile mistakes – you will learn what’s what, and I’ve known for some months that there were problems, serious ones, at Ibrox. I don’t imagine that the media has been ignorant of this.

The thing is, nobody wanted to bother pursuing it. It’s not that it would have been terribly difficult to do; enough hints have been dropped here, there and everywhere by various people, Gerrard included, that it wouldn’t have taken much questioning.

Of course, there was little scope for being able to ask questions because of the media policies of the club.

Again, it didn’t take a genius to figure out that they were explicitly designed to keep the press at bay and stop them asking questions. The obvious question was “what are they hiding?” and the answer has been equally obvious for weeks.

Gerrard couldn’t wait to get out of the country. Why? It was partly knowing he had nothing to spend in the transfer market, but a part of it, too, was knowing that he had a divided dressing room. Goldson said the players have lost the hunger from last season; do you really think Gerrard wasn’t aware of that, and that it didn’t factor into his decision?

What did I say about that? A rat jumping off a sinking ship.

The hacks who will say that you have to be close to the action to see the full picture, and that the Ibrox media policy stops them getting there will need to answer the question as to how come a Celtic blogger knew this stuff? What do they think I am? One of the “official media partners” over there? I don’t know anything that isn’t going around out there. I don’t know anything that the press either hasn’t twigged to or couldn’t find out.

Some of them are heart lazy. Some of them just don’t want to cross Ibrox. Some of them are so sycophantic and subservient they ought to be on the payroll over there. Then there are their fan media reps who definitely had an inkling … and what did they tell their fellow supporters? Damn all. Not one thing. I remember hearing similar rumours of dressing room divisions under Lennon. Myself and other Celtic fan reps wrote some of those stories.

And all of us recognised the manager throwing the players under the bus. Gerrard used to do that too. Then he stopped.

Why? Because he’d learned it was counterproductive? No, because his dressing room was already burning with rivalries and angst and there was no point in pouring fuel onto the flames. After today, and Goldson’s public anger, there will be a firestorm.

The media will – unless they are too overcome with shame – try to present Van Bronckhorst as the answer to their prayers, but he can’t change the makeup of the squad until at least January and now faces a critical spell of games with that same dressing room which tonight will be on the brink of detonation. It is hard to see how he heals the wounds that performance, that result and that public slagging which Goldson delivered tonight.

None of this was a secret before tonight. It is certainly not a secret now. They are four points clear at the top of the league, but we’ve been in the midst of rebuilding and only now are we back on our feet. As we have progressed they’ve gone backwards and that gap can, and will, be closed in no time at all. There are no more excuses for the hacks.

The whole world now knows that the Ibrox club is coming apart. Who amongst them will have the guts to write it, at last, at long last?