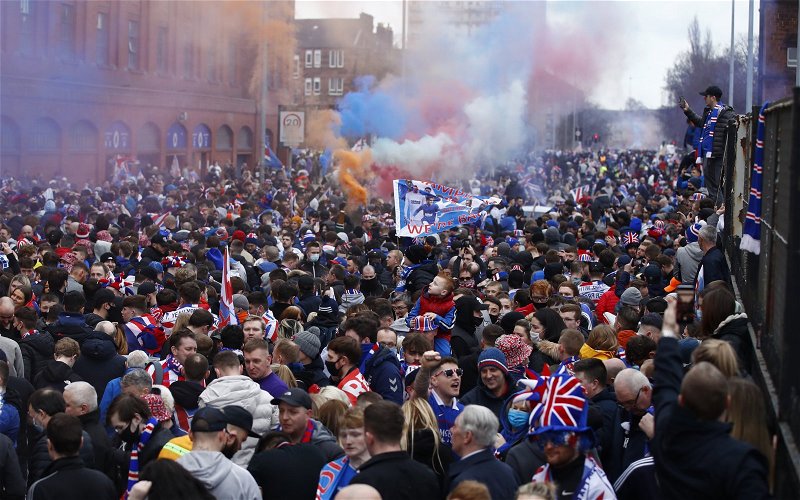 Kelly’s team, which plays in the South Western Scottish Amateur Netball League, has swept all before them in a barnstorming four seasons which have seen them rise to the very top of the game which is watched by thousands of Scots every month.

His prominence in the sport means that his comments will travel, like shock-waves, through the Ibrox support, who are on edge as Celtic close in on them at the top of the SPFL. A prominent Ibrox fan blogger was reportedly left in tears by the comments.

When asked to comment on the particular mention of the quadruple treble, he snapped. “I’m sick hearing about their bloody quadruple treble. You’d think they were the only team in football ever to win four trebles in a row.”

When this publication spoke to Kelly last night, he poured fuel on the fire. “They are the only team in football ever to win four trebles in a row,” he said. “And that will never, ever be done again, not by Sevco and not by anyone else either. Sevco should focus on trying to win their second ever title instead of chasing the genuinely big clubs, with massive achievements.”

Kelly, who is a Scottish amateur netball player of the year runner up, finished up by saying how much he was looking forward to seeing his comments appear in the Scottish tabloids.

“When you read some of the stuff they’ve published,” he said, “I don’t know how they’ll justify leaving me off the front page.”

This is a spoof of course. Not my best, but it’s not supposed to be. The Daily Record and other outlets are running a story today which is equally unworthy of genuine reportage. For the second day this week some person three quarters of the country has never heard of has ended up in the papers because he’s “trolled Celtic fans.” If this is news, anything can get in the papers.