If Celtic Had Left-Back Cover We Would Not Have Lost The Cup Semi Final. 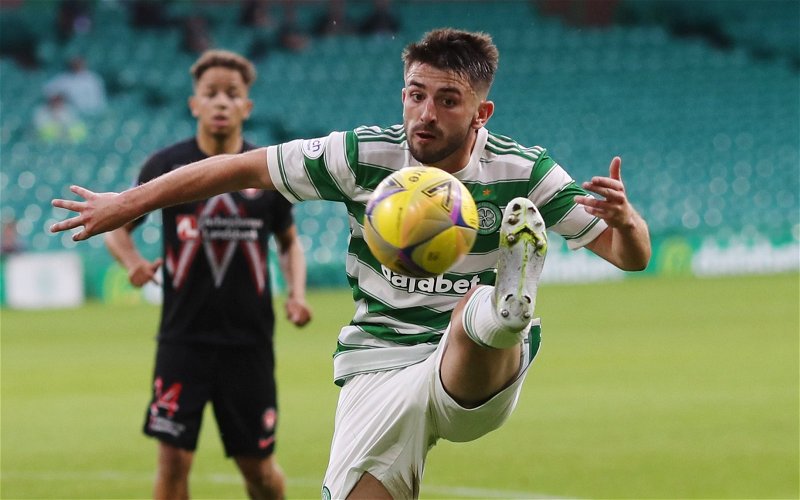 Every time I have watched the club from Ibrox this season it has been apparent that their threat comes from only two things; long punts up the park and the hope that the ball drops to someone and their ability to get the ball out wide.

The long punt was tested to destruction on Sunday. It did not work against two defenders who can handle themselves in the air.

Their best players are on the wing.

Some have said that our midfield is where the game was lost; it was actually lost by our failure to prevent them from crossing the ball.

This is where we really fell down on the job.

The truly decisive moments in this game where when we lost our full-backs. Juranovic going off for Ralston was bad enough, although he wasn’t having a great game and Ralston didn’t come on and play a bad one.

It’s just that knocked us out of our defensive shape which had held up pretty well up until that point.

But losing Taylor was a killer.

Ralston playing on the left side was always going to weaken us there, and playing young Welsh in an unaccustomed role was a disaster waiting to happen.

If we’d been able to bring on a left back instead, keeping Ralston in his natural position, we might not so easily have conceded from the ball Bassey whipped in late in extra time.

One of the weakest areas of the team … that’s where we lost the goal.

That’s where the game was ultimately won.

That single moment, when Taylor came off and we were forced to rejig a defence which we’d already had to work on, cost us big time.

We weren’t good enough on the day.

But the impact of those defensive changes shouldn’t be underestimated, and they cost us. At the very top of the manager’s “things to do” list for the summer must be an infusion on talent on the left hand side.

There are issue there which simply must be put right.

This team will not reach its full potential until they are.