If Bassey Is Such A Superstar, Why Are Ibrox And The Press So Desperate To Punt Him? 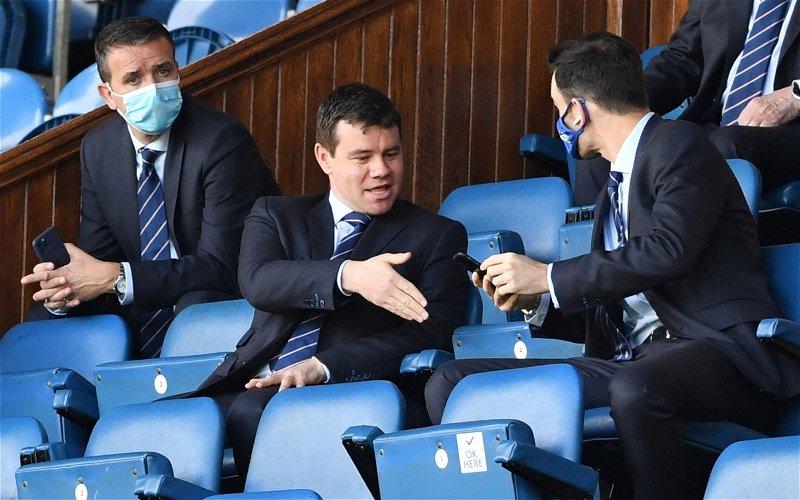 If there was a player at Celtic Park who was being touted around the clubs of England, I know for sure that we would be pretty steamed up about it.

If there was a player in our current ranks who was generating these kind of destabilising headlines I would be angry.

I would also be pretty baffled if a former club director was encouraging that talk in the media.

I wouldn’t care what the valuation was … although I’d be pretty embarrassed if it was something ridiculous.

We have gotten £25 million for a player, and come close to that fee for others.

The difference, I guess, is that when players at Celtic Park have been talked about in that bracket it’s because that’s what clubs elsewhere value those players at. Ibrox appears to have leaked its own valuation to the media.

It violates the first rule of sales.

They still haven’t twigged that it’s the buying club who decides what a player is worth. That’s the first thing Ibrox gets wrong. In truth, they are doing everything wrong here, which is why they never realise any of these lunatic fees.

The way to get high fees is to let others make the initial running.

If Leicester had said that Harry Maguire was worth £80 million – more than Van Dijk went for – they would have been laughed out of the room. Manchester United paid over the odds precisely because they kept coming back even after Leicester repeatedly said “no sale, no sale, no sale.” It was United’s own need, or perceived need, that drove the price up so high.

A similar scenario plays out on the second season of Sunderland Til I Die, when their board paid massively over the odds for Will Grigg.

His club didn’t hold them to ransom as much as they held themselves to ransom … they got desperate and that desperation is why they paid massively over the odds for a player their own manager didn’t think was worth it.

Advertising your player’s availability at all is desperate. Sticking a lunatic fee on him means that clubs don’t even come in with an opening bid. They look at that value and say “he’s played one full season in Scotland … are these Peepul out of their minds?” And so they go looking somewhere else, for someone who’s a proven quality.

If you want to start a bidding war you wait for an actual bid.

You turn it down, and you do so publicly, but you hint that the fee didn’t reflect your valuation. You never, ever put that valuation in the public domain, far less a “floor” on where the bidding should start.

If there’s genuine interest, and the player merits it, you’ll get to that figure soon enough. With more than one team vying for his signature you would very quickly see the sums increase.

But only if the player is worth it. That’s the other crucial factor.

Imagine Calvin Bassey was the colossal footballer they seem to claim.

Why would their entire PR machine be pushing him to clubs in England?

Wouldn’t they want that guy for Europe next year? Our club had no interest in selling Dembele or Tierney or any of those other guys … but when they made it clear they wanted to go, what choice was there?

What’s the rush? This guy has two years left on his current deal … and maybe that’s the issue here. Because Bassey’s stock is as high as it’s ever going to get.

This time next year, whatever he’s worth now is reduced significantly because he’s going into the last year of his deal, and on the back of a Europa League Final appearance he’s as tradable as he’s ever going to be.

This is as good as it gets for them, because if he plays the full campaign next season it will be shown – as it was in big games this season – that he has severe deficiencies in his game.

The hype train is running … reality always derails it.

If they want to sell this guy for big money this is the only chance they are going to get, because even if he was worth the sums they are talking about they are already in that place where the valuation of the player only goes down unless serious bids come in.

They are clearly trying to attract those bids … and it’s odd that they are at the same time as they are trying to do renewals with McGregor and Davis. As I said in a previous piece, that suggests that there is no money to spend. That they aren’t frantically trying to sell Aribo, Morelos and Kent shows what interest they anticipate for these players … not much.

So they are going all-in with Bassey, trying to create interest and as usual failing to understand that this isn’t how it works in football. The timing of it tells you why.

They are desperate. Who says so? Their own former director Paul Murray.