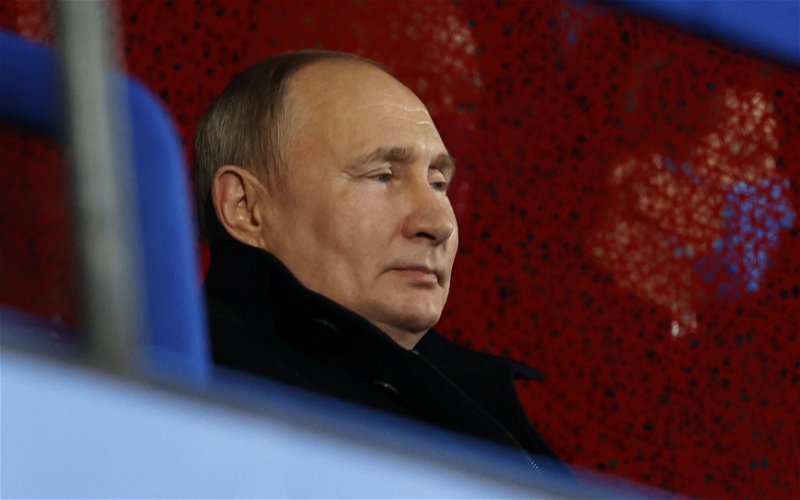 I spend a lot of my day reading.

And I never cease to be amazed at how words can be taken to mean things that they don’t actually say.

I’ve lost count, over the last number of years, how many times people have emailed to say “So-and-so is leaving then eah?” and when I’ve asked for clarity been pointed towards articles similar to those doing the rounds today.

Where’s the substance? Where’s the killer piece of evidence that changes speculation into something approaching fact?

“So and so linked with a move” is not a story.

That’s one outlet reporting what another outlet has said, with no hard info to back up either version.

“So and so subject to concrete bid, clubs in talks …” that’s a story.

A lot of the Juranovic fever stems from Romano’s tweet of the other week.

I knew that was going to send people off the deep end although that tweet posed a question to which not one credible person has offered an answer; if Juranovic is “expected” to leave Celtic this summer, who exactly is it who expects this?

Nobody inside Celtic does, and you can take that to the bank.

Since we have the guy on a five-year deal, with four left, we’re holding the cards.

But for some reason, you cannot shake people from this idea, an idea which has grown arms and legs with the latest non-story, which came up today about Atletico Madrid being “interested” in him.

Based on what? Word from inside their club?

The same is repeated on an endless loop across the city, by the way.

Club names pop in and out of the discourse when it comes to “interest” in their players.

Does any of it ever come to anything? No. In the same way, our club and theirs are linked to a different set of players each and every day … how many of them are we actually looking at though?

We assume that our journalists are the worst in Europe, but the entire profession has become complacent and lazy and trades on rumours. Because its easier to start a rumour and get hits and credit for it than it is to go out and find out facts.

Just last week we were supposedly on the brink of completing a deal for a defensive midfielder.

Did that deal collapse at the last second?

No, there never was a deal being discussed. We weren’t in the least bit interested.

That story arose out of nowhere and swept through the mainstream titles and there was not a scintilla of truth in it.

This happened shortly before the window opened with Mohanad Jeahze of Hammarby.

The media had that deal done.

And then Ange himself – no less a person than the boss man, the manager of the club – flatly denied that he even knew who the guy was.

You wait and see how many of the articles then falsely claim that we were interested in a number of others for the position, and name this guy as one of them.

Based on the media taking a rumour seriously enough to scream it through a megaphone and not wanting to admit that they were totally wrong. Even when everyone knows that.

What is this stuff all about?

It’s about a trend, and it’s across the whole media.

If you don’t believe me, let’s take an example of the utmost seriousness and gravity.

One of the trending ones in the wider world today is about how Putin is sending “nuclear capable missiles” to Belarus.

This seems to be panicking some people.

But note that this doesn’t say, or even suggest, that he’s sending Belarus nuclear warheads which nobody, even the most war-mongering lunatic who wants to start bombing Moscow, thinks Russia would ever even contemplate doing.

Belarus has no nuclear warheads of its own.

So what’s the panic for?

So what’s it about?

It’s Putin playing games, and he wouldn’t be able to get away with it if there weren’t people in the media and elsewhere happy to play the role of the useful idiot for him.

I mean, what does “nuclear capable missiles” mean anyway?

Every defence analyst in the world knows that the term is virtually meaningless.

Provided you have the warheads, you can put one into a basic artillery shell or drop one using a standard gravity bomb. You can even pack one into a suitcase and walk it across the border into Ukraine if you feel like it.

The only way this is an actual story, an actual issue demanding our attention, is if Russia was going to deliver them the nukes to go with the missiles, but they are no more going to nuclear arm a neighbouring country than they are going to convert to a Western political system overnight.

Everyone knows that. So the story isn’t really a story at all.

And yet it’s out there, trending, as if this was a major shift in the global strategic situation.

Putin must be loving it.

The media, as a whole, does this consistently now.

It does this in matters great and small, and that so many people panic over it is a testament to how jumpy we’ve all become.

Yet all it takes to counter those fears is to look at what’s actually being said, to look at the actual facts beyond the big warning lights they are flashing in your eyes.

And what are the facts here?

That Celtic has a good player and that other clubs like the look of him.

But to go from there to suggesting that he’s “expected to leave this summer” – and the words themselves mean exactly nothing, they are deniable, they are open-ended, they have the substance of air – isn’t even to invent facts … it’s an invite for people to choose the interpretation that they want.

Which many, for their own purposes, are more than willing to do.

Here’s what else is a fact – and thank you to Anthony Joseph for pointing out the blindly obvious in all this, with the one bit of sense being talked; Celtic holds all the cards. The player is one year into a five year deal, so he’s going nowhere unless we say he is.

As Joseph has said, and as Ange will almost certainly repeat, we consider the player part of our plans and he’s not for sale … unless the offer is ridiculous.

This is no different than the situation with any other player, at any other club in the world.

One idiotic outlet has “Celtic braced for bids.”

Why is it that we’re “braced for bids” as if we’re under siege, whilst the situation at Ibrox is reported as if they’re happy for Bassey to be the subject of them? Even when their position is reportedly (falsely reported) as being identical to ours; he’s not for sale, and we’re not encouraging offers?

You don’t even need me to point out the differences here in how these things are handled at both clubs.

Interest in their players is a net positive.

Interest in ours is Armageddon; nuclear capable missiles in Belarus, if you like.

These aren’t things that should be keeping any of us awake at night.

This is the media at its worst … twisting words out of their meaning to get the stories they want. And they don’t even have to be accurate anymore to cause anxiety in some people.