Celtic’s New Alleged “Target” Is Young And Talented And So Fits The Profile Perfectly. 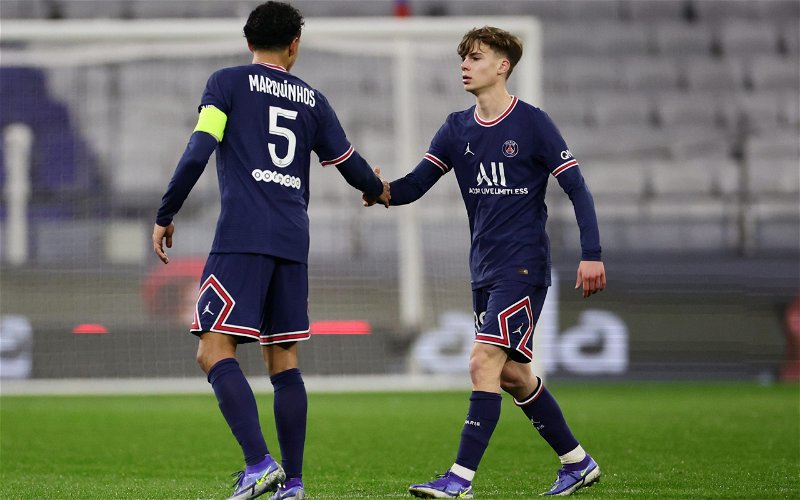 If the story which is doing the rounds on Sky is true – that we’re about to bid £2 million for some PSG youth prodigy, a 19-year-old attacking midfielder – then that’s hardly a surprise.

He graduates from a prestigious academy we’ve bought from before.

He plays across the top of the midfield. He will be part of an already formidable attacking line-up.

It all sounds like the sort of business that we do.

Whilst he’s not very experienced this is the difference between us and the club across the city; a £2 million signing is a punt on potential, and one that we can comfortably and easily afford.

I don’t know much about this kid at all, but our club is very careful these days about the business that it does and he’s not that much younger than Abada was when we signed him last season. His pedigree is such that he would not be signing as a project; indeed, the reason he wants to leave Paris is that he wants a clearer path to regular games.

It’s a situation we have faced with our own young talent at times.

According to Anthony Joseph, this deal is at the “advanced” stage. That’s decent. That’s good to hear. If we get this deal done that leaves our defensive midfielder amongst the “definite” players to be coming in and one other; which position will it be?

Talk continues to buzz of a striker.

Whilst this kid isn’t a striker, he’s another player in the advanced area and that might mean that we’re looking, instead, at a defensive player. I’d hope that was the case because although I do see the need to have another centre forward – as opposed to Maeda who definitely seems to be a wide man – I think we need defensive cover more … although that might not happen whilst Jullien is still at Parkhead.

In the meantime, the kid’s name is Edouard Michut; one to watch.