Why Aaron Mooy Would Be The Ideal Answer To Celtic’s Defensive Midfield Issue. 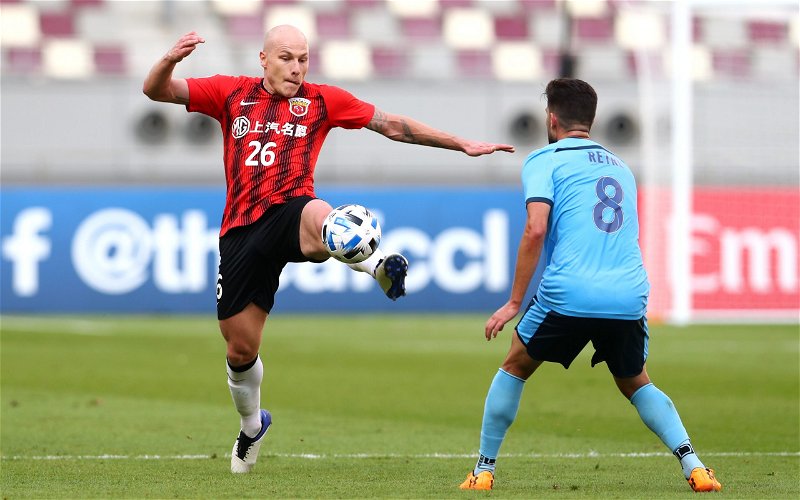 Yesterday there were stories about how Aaron Mooy might soon become available for free. There is a debate as to whether or not he would fit into the Celtic side, and if we the club and the manager should make a move to bring him in.

On the surface of it he does not appear to fit the Celtic profile at all. But Ange knows him, Ange respects him and if he’s available on a free he might well be interested.

Mooy is big, aggressive and physically strong. As the club gets set to call it quits on the Vicinius Souza deal, this could be the perfect solution. Everything about it makes sense.

If he can play in the system, and we can get him free, we should probably do it.

This isn’t a bling type punt on a famous name.

This isn’t penny pinching or some sort of cheap option.

If we go for this guy, that will because the boss is convinced.

It is a risk free bit of business, one that will almost certainly work out well.

Mooy has played at a decent level. He’s currently in China, where he still has a year left on his deal, although this is the rumour, that his club might be willing to let him go.

There is no question that we’ll be monitoring this and if it’s true don’t be surprised if we do make the move for him.

The “net spend” obsessives will definitely try to suggest that this is the club selling the manager short … but to me it would be the smart thing to do.