Lafferty Finally Gets His Ten Match Ban And His Next Game Is Against Us. 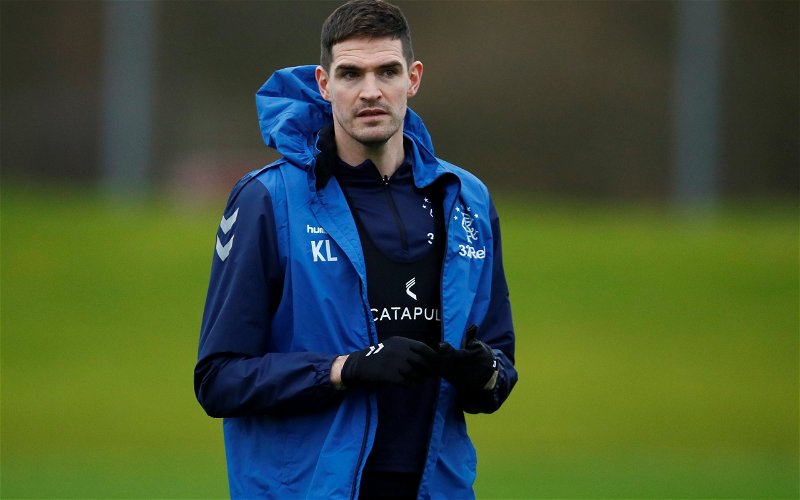 The SFA moves slowly, doesn’t it? But it does move, and it finally has.

Kyle Lafferty has been given his ten match ban today, the one for abusing a Celtic fan with a sectarian slogan.

It feels like we’ve been waiting for that longer than Liz Truss has been floundering in office; indeed, it happened at about the same time our support was eating all sorts of dirt from the moon-howlers of the right because our fans didn’t kiss the royal ring.

The video footage of it was clear-cut.

His club fined him internally but continued to play him whilst the SFA struggled to get its act together. He scored goals. He won them points. They reached the League Cup semi-final and he scored in the quarter final against Dundee United, who should be furious.

The length of time this has taken has been a flat-out disgrace and in playing him in the meantime Kilmarnock have made their contempt for the whole issue clear. This is Scottish football though, where everyone talks a good game on sectarianism and bigotry but nobody is actually willing to go the extra mile and treat it seriously.

There was nothing in that video which was in any way ambiguous.

His national team sent him home the second it surfaced.

The SFA would never have offered the ten match ban if there was the least doubt. But this guy has been allowed to continue playing and influencing games because they could not put together a panel to rubber stamp what we all knew?

When the governing body isn’t fit to govern, that falls upon the clubs themselves to do the right thing, and that Kilmarnock stood by their man is dire. The idea that he’s “learned his lesson” is equally appalling.

Lafferty is not some daft kid still wet behind the ears, so this idea that he simply needs “educating” on an issue with which he is very familiar is a gross insult to all of us.

But it’s an insult we’ve become accustomed to. It’s the same insult we’ve been putting up with for decades. No wonder they call it “the last acceptable form of bigotry.”