Celtic’s Scottish Creative Midfielder Has No Reason To Worry About His Future. 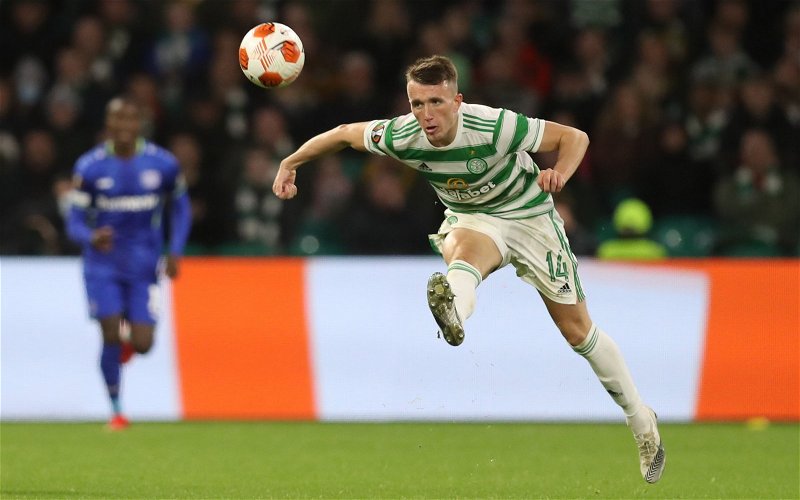 I sometimes wonder how the brain of Charlie Nicholas works. I freely admit it. I sit and watch the same Celtic team he does, and I often find his assertions to be absolutely mind-bending. I have another article on him to put up later today – and one in which I agree with most of what he has to say – but this one will not be so generous.

He spoke the other day about the impending signing of Japanese midfielder Tomoki Iwata. The footballer who was recently voted the J League’s MVP will arrive in January on an initial six month loan with an option to buy; it’s the same deal we had with Daizen Maeda. There is little doubt that he will be joining us on a permanent deal.

This, Nicholas has correctly identified, is a problem for some of the midfield players already at the club. The thing is, he has identified it as an issue for the wrong one.

In his view, it’s David Turnbull who will be looking over his shoulder, and I don’t know … I am quite amazed that he could have arrived at this bizarre conclusion.

For openers, Iwata is a defensive midfielder and Turnbull plays at the other side of the pitch. Turnbull is Scottish as well, and that means he’s crucial to our European registration situation. If that wasn’t enough, Nicholas seems absolutely oblivious to the steady drum-beat of stories about how we’d like to find a new home for James McCarthy and Ideguchi.

Today the press has suggested that we are cutting Abildgaard loose; he arrived with big promise but has contributed nothing of substance. We are clearing the decks for the new players to come in. The midfield area was over-stocked with players, many of whom weren’t going to make a meaningful contribution and Ange has acted speedily to fix that.

The idea that David Turnbull should have the least concern about a situation which actually cements his position within the squad is quite barmy. Even if the manager wants Tomoki Iwata in the team so that he can occasionally push Callum McGregor further forward, and create genuine competition for places in every part of the midfield, Turnbull is going nowhere.

Ange loves the guy and when he’s on form he is an outstanding asset to this club.

Wisdom does not come from having once played for our club; there are thousands of people working in football who can claim that and many of them would be vastly more qualified to speak intelligently on us than this guy is.

Turnbull will be at Celtic for a long time to come. His focus is where it belongs; on grabbing the opportunities when they come his way, and being patient enough to wait until they do. I have no fears about his future, and neither does he.