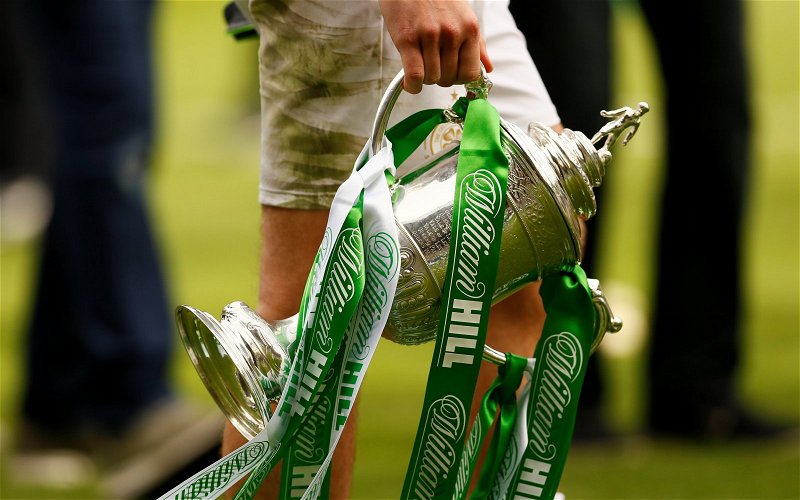 Let’s talk positives. And there are a few of them.

As disappointed (angry) as I was about the line-up, that was more like it from Celtic. Yes we played against lower league opponents but that was a creditable display for two reasons; first, we played with a high tempo. And secondly, we did it for 90 minutes.

Mark that one as significant. I cannot remember the last time we were able to play that way for a full match. On the touchline tonight I watched the coaches carefully; one of the interesting sights was seeing how involved Stephen McManus was.

Is his sudden elevation significant? Or has Kennedy finally been able to get some of his own ideas across to the players, who have been used to whatever Lennon had them doing?

Either way, that was the most energetic display I’ve seen from the team in ages … and might possibly be something that gives Howe a reason – should we continue in this vein – for keeping Kennedy and his cohort at the club a little longer.

Like most other clubs we do have an analytics department … if they can demonstrate that Kennedy and Strachan’s coaching has improved the team’s overall fitness then these guys have an argument for staying and perhaps even a good case for it.

Even Turnbull got 90 minutes tonight; that’s not just rare, that’s a unique occurrence.

So I was happy with that overall, and that second half in particular. It was good to see Forrest get a goal again, good to see Christie getting one on target (especially after Falkirk had trolled him over it) and Ajeti’s cameo showed us his nice touches and quality … he badly needs games.

Without getting over excited, I am pleased with that and Howe has things to think about. There are obvious assets in that team – foremost amongst them Welsh and Turnbull, two young players we can build a hell of a lot on top of.

More than anything, the coaches got pass marks … not because of any brilliant strategy or tactical innovation but because that looked more like a Celtic team tonight, with the pressing, the movement off the ball and the constant running.

And nobody looked exhausted at the end of it.