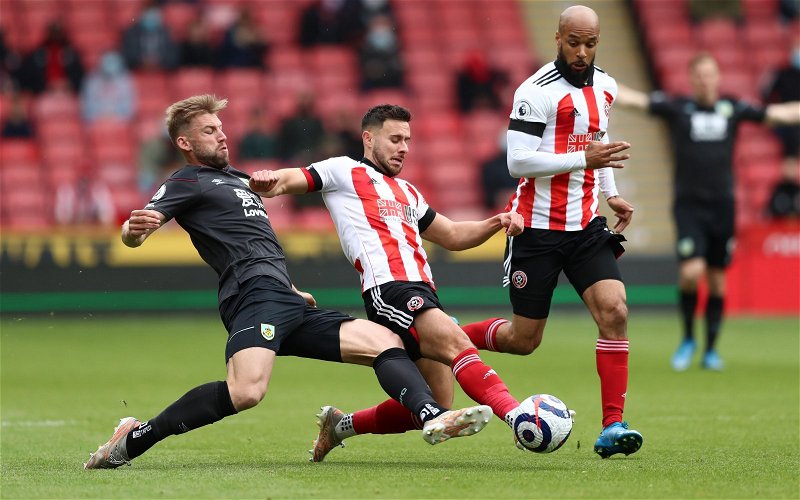 I enjoy days when there is plenty to sink my teeth into, and this is a vintage one for the number of transfer stories which are doing the rounds. Four link us with players.

One is a snub story, written by The Daily Record, about a player we may not even have wanted.

The Record is having one of those days when it ramps the anti-Celtic stuff up to the max.

James has written about Jackson’s piece earlier and their Hotline headline is screaming Ibrox fan mania at us and on top of that is the story that we’ve missed out on a player whose only link to us was through the same newspapers now saying we’ve been snubbed.

Poor stuff, really pitiful fare from the hacks. About what we expect.

The three transfer stories I’m interested in are those about Josh Doig, George Baldock and the Croatian defender Mario Vuskovic.

Let’s deal with the full-backs first.

I’ll start with Baldock, who on the surface of it ticks all of our boxes as a player.

Experienced at the top level. Solid. Knows the game in the UK.

He’s exactly the sort of player we should be taking a long hard look at.

Doig is the contrasting option. He’s young, which doesn’t rule him out, but he’s only really experienced one season in Scotland’s top flight. Is he any better, at the moment, than Taylor or Bolingoli?

The full-back positions are critical.

Any player we bring in there has to be a significant, and notable, improvement on the options we currently have.

Ironically, I think Doig is the better prospect beyond the immediate horizon. As has been pointed out already, as a Scottish Young Player of the Year winner he’s exactly the sort of player we should be keeping an eye on. Our history of signing those players is excellent, and we’ve got to be looking to those sorts of footballers for our future.

Baldock was part of a defence that was relegated last season.

A Celtic analytics site has already taken a peek at his performance; to call it unimpressive is an understatement.

Pass volume low and not very adventurous, dribbling a bigger part of his game. pic.twitter.com/HJ5CfwiK9D

His key metrics are dreadful and whilst I understand that it’s one season and has to be viewed in the context of a career which appears impressive, we need to be careful.

This is a position where we’ve already made more than a few mistakes and we can’t afford to make any more.

We’ve done our homework on Baldock, over a number of campaigns.

I don’t see it as a particularly risky signing if the price is right. Big if. Sheffield United need to cut costs but this guy only signed a new deal last year and he’s unlikely to be available on the cheap.

Hibs will demand their version of top dollar for Doig, as they will with Nisbett, who is our other target at their club. English clubs are already tracking the full-back, so we would have to move fast but we’d also need to be realistic on the fee.

All the kid is right now is potential and so if some English club comes in and throws crazy money at Hibs we should walk away, and I reckon we will.

The stories that suggest we’re on the brink of securing the signing of the Croatian Mario Vuskovic are interesting because he’s as young as Doig but we’re clearly willing to spend big money on him, which presumes he’s been well scouted and we know exactly what we are getting.

I doubt very much that we’re the only club with a chance of getting him though, so we need to move fast and hard or we face a sweat to get the deal done.

Have things at Celtic have changed enough that we’re no longer taking stupid risks with the players that we want? We’ll soon find out.

The fact we’ve got a bid on the table, and a big one, makes this a bit of a “statement” signing, and we badly need to get it over the line.

If we do that then club morale will significantly rise.

It’s good that we look as if we’re giving some much needed attention to the backline.

All four of the transfer stories today – including The Record’s “snub” nonsense – are defenders.

The club is clearly focussed on these positions, and that is exactly what we want to see.