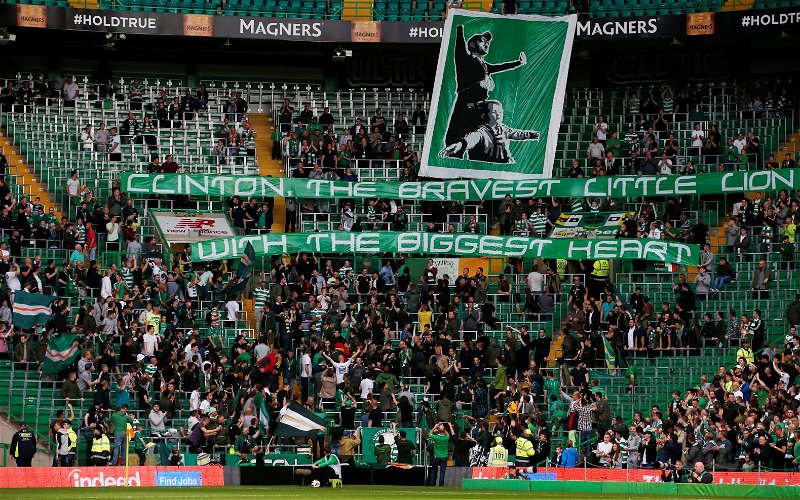 Today, an announcement from the Premier League and the Championship down south has given the green light to an idea pioneered by Celtic; the concept of “safe standing” areas in stadiums. It is a radical, but not unexpected, departure from a culture down south springing from bad memories.

English football had several major disasters to contend with; Bradford, Heysel and Hillsborough. One changed fire regulations. One brought in campaigns to defeat hooliganism. Ironically, it led indirectly to the third, which changed the game on this island completely and led to the belated introduction across the top flights of all-seater stadiums.

But things have been developing down this road for a while. The idea of safe standing was first pioneered on the continent with “rail seating” being introduced in Germany and other places. It was a matter of time before it was attempted in Britain, but I never thought it likely that it would first be tried in England. Celtic led the way on it.

When we introduced our safe standing area it sparked a furious debate south of the border. Delegations from several English clubs – most notably Liverpool, of course – came to visit. We really helped to move the needle on this one.

In the last couple of years, a number of high profile English football blogger and vloggers have come to Glasgow to check it out and report back. It’s their glowing references which led to fan organisations there pushing their clubs towards this decision.

Legislation for safe standing was passed south of the border in 2018, but the issue remained divisive although the Football Supporters Association down there has been in favour of it and has campaigned long and loud to see that it was introduced.

Now it has, and clubs have until 6 October to get in their applications. For those who do and who meet the criteria, the pieces will be in place by 1 January next year.

For once a smart, visionary idea from our board didn’t just benefit us but changed the landscape of football. This is one of those few occasions where we actually showed both imagination and leadership and made an impact not only at Celtic but across the game.

On a day when I’ve beaten them up, I think our role in bringing this idea into the mainstream should be highly commended. Now it’s being copied.