Over And Over, The Media Asks Enemies Of Celtic To Comment On Our Club. 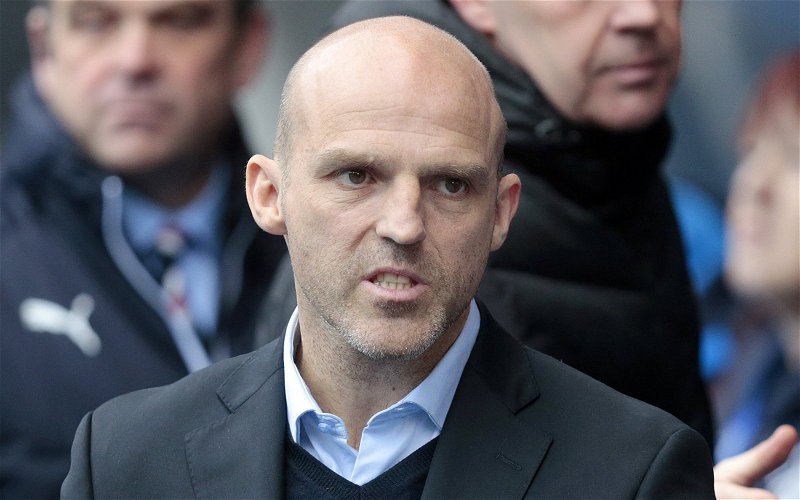 Ask a kid if he or she wants ice cream and you could probably successfully predict the outcome. Offer a crocodile a limb and you’re chancing more than your arm. Give one of those charlatans across the city an inch and they will take a mile.

What I’m trying to say is that you know what you’ll get.

If your interest is in arriving at an answer that suits your purposes, it’s easy.

You decide, first, who you ask the question to. If you pick the right people you can virtually guarantee the answers you want.

In the last 24 hours, we’ve seen Alex Rae comment on Celtic and referees.

A variety of other Ibrox acolytes are asked to speak about the club they follow.

What exactly are those questioning them expecting?

Of course Rae will say that we don’t get harsh decisions and that his pals don’t get easy ones.

Of course Murray thinks we could finish fourth.

You might as well ask a cat if it likes the taste of fish; the answer you want is obvious by who the question is directed at.

This is how the press gets to write its rancid headlines.

One lunatic suggestion was being screamed from every outlet yesterday; that Connor Goldson was on the brink of a call up for England.

It’s a suggestion so funny that you could hurt yourself laughing. “He may have to move there first though,” the genius behind this absurdity wrote. Goldson might have to do a lot more than that; pull on tights and a cape would be my suggestion. If he turns into Superman, then he might stand a 15% chance.

And who was the clown promoting this dirge? Colin Hendry.

Remember him? If you had to Google him, you’ll know he didn’t play for Celtic.

Over and over again we see this; the enemies of Celtic being asked to judge our club in relation to the one across the city. If you want easy headlines, find people who wear their prejudices and biases on their sleeve and then you ask them questions which will get the answers you are looking for. This isn’t journalism, it’s ring and run. It’s trolling by another name.

We’re supposed to take this seriously, I think.

We’re supposed to take seriously the manager of Airdrie saying he thinks we could finish fourth in the league.

We’re supposed to ignore that he played for two of the teams he’s predicting will finish in front of us.

We’re meant to act as if this is a serious point of view and not some idiot trying to get some media coverage for himself.

Celtic fans have to wade through this day after day after day, and the one thing I’ll say in favour of Rae and Boyd and Murray and others are that they are entirely true to themselves in every case.

And the media knows this full well.

Or it wouldn’t ask these people the questions in the first place.

These guys don’t pretend to be giving an unbiased perspective.

No, that falls to the press itself, to the brazenly dishonest editors who try to sell them as if they are.