To Claim That Livingston “Tried For A Win” Against Celtic Is Flagrantly Dishonest. 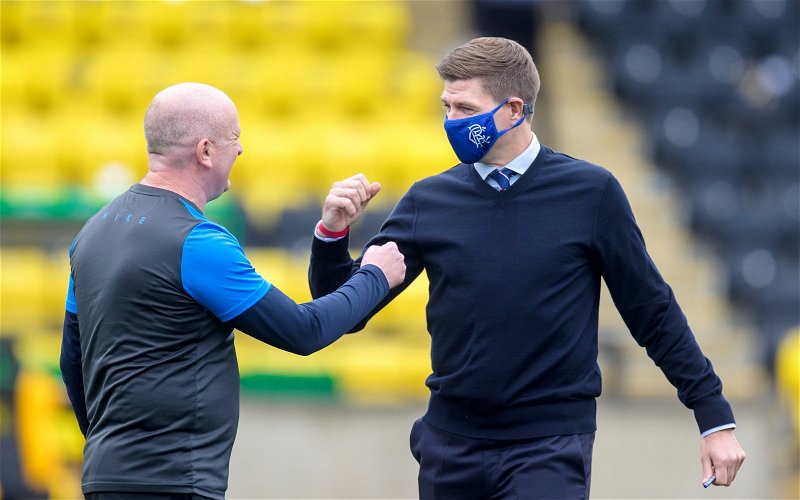 Well, you have to give former drug lord David Martindale points for talking a good game anyway. He certainly has found a way to get the media to focus on every wrong aspect of it.

His description of one of his players as “Scottish football’s Ngolo Kante” would be hilarious if it were not so intended to be taken seriously.

But it’s another of his comments that is worthy of note.

Except this as just as dishonest as anything he told detectives when he was arrested in 2006.

They never made any effort to “win” the game yesterday and nobody should be pretending that he did. What we went up against was the antithesis of football. It was anti-football almost down to the dictionary definition of it.

If his side were so worthy of credit, if he were a manager worthy of note, if their strategy was based on anything other than getting the odd result against a team like ours, they would not be sitting tenth out of twelve in the league. If Martindale has come up with some new method of winning, why isn’t his team winning more often, or against teams with similar budgets?

My mate Matthew Marr said to me earlier that Livingston fans won’t care that they played appalling defensive football, that all they care about are results.

Let them celebrate a draw at Celtic Park as if it were the pinnacle of accomplishment. Maybe it will make up for the six losses against lesser teams and the two draws from this campaign so far, which has them on three wins out of twelve.

Maybe a zero effort draw represents success in their eyes, and f it does then they have no complaints and they ought to stick with this guy, even if he avoids relegation because Dundee and Ross County are redefining what the words “worst in the league” mean on a daily basis.

Maybe results like this are the high point of their season, and that’s fair enough except Dundee Utd were promoted two years ago and Hearts were promoted just last year and one of those teams is third and the other is fourth. Martindale hasn’t got near that.

Last season, they were sixth, with twelve wins out of thirty-eight games. As woeful as we were managed ten more wins, in a year characterised as a total disaster which saw a manager sacked and a CEO resign.

They clearly have a different definition of success; I can understand that. But I thought the definition of winning a game was three points. That’s pretty much universal. So what Martindale is talking about, and what he’s getting credit for, I do not know.