Celtic Deserves Huge Credit For That European Campaign. But We Won’t Get It. 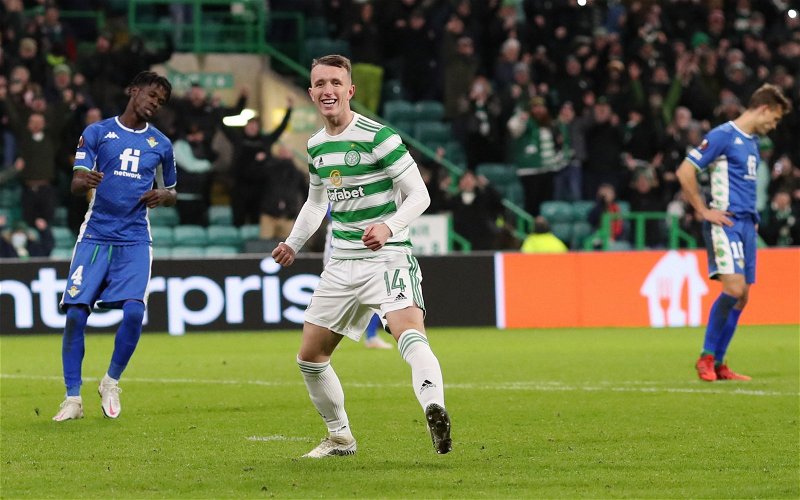 That was a wonderfully exciting night at Celtic Park, and one that has brought this club an immense amount of goodwill and credit throughout Europe. Everywhere but here at home, where all some people – a lot of our own fans included – want to concentrate on is the injury to Kyogo.

I’ll get to it later, and probably at length. But I’ll be defending Ange.

I’ll be defending him because anyone who’s looking for a negative in the way this guy runs the team after last night is just not thinking it through.

If you want to know where the progress is most apparent, it’s in our European campaign.

We have learned so much about ourselves in this competition and our performance over the course of it was more than credible.

In fact, it was excellent.

Of course, I will look back on a series of missed opportunities.

Because we were two goals to the good in Spain. We were a goal up in Germany.

To some extent, we showed naivety and inexperience. But we also punched back hard. We scored a lot of goals in this group, a group with two top class teams in it. We took the fight to them. That much is obvious.

That we are frustrated at the end of this group tells you exactly how well we played in it. I haven’t seen a Celtic team be this good, in an attacking sense, in Europe in a long time. The last one I can recall having this much about them was the one under Martin O’Neill which boasted the likes of Henrik and Chris Sutton and Lubo.

The press may call it a dead rubber but we went out with nine points in a Group Of Death whereas their favourite side went through from a Group Of Dreck with a mere eight.

They will say that they had the better campaign.

They will ignore the four massive games we had to play just to reach the Groups, and the performances which got us there in the first place.

It has not ended in qualification, but in terms of expectations in Ange’s first campaign, with a squad still not fully up to speed, it is a triumph of what he’s trying to do.

We will not get the credit we deserve from the rest of the world.

I hope to God that we at least get it from our own supporters.

The manager has taken us very, very far.

All the praise should go to him.

He is doing something special here.