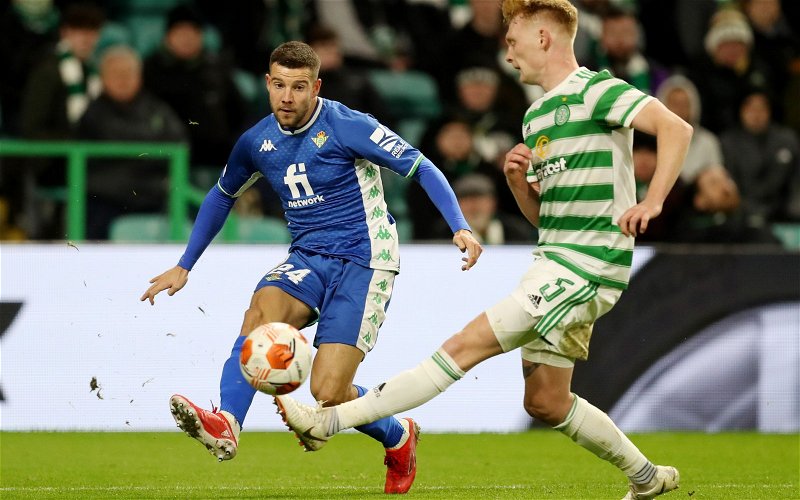 When I saw the team sheet before the game last night, the last thing I expected was a high energy victory.

I thought we would come up short but that it would be a good learning experience. I thought that the gap between the starting eleven and the second string would be obvious in the performance.

And you know something? It actually wasn’t.

It was noticeable right from the start. Ange has every player in this squad fully booked into the style of play. Every one of them gave a great account of himself. The usual nit-pickers are having a go at those they don’t like, but I really don’t care this morning.

Instead I’m basking in the warm glow of having seen Scales, Welsh, Shaw, Soro, Urhoghide and Montgomery show up for business and prove that they are capable of slugging it out with big teams in big games.

Nine members of the starting eleven were under 22.

This was our first proper look at some of them, and they did themselves proud.

Part of that is the way the manager wants the team to play.

The high intensity approach was too much for Betis in Spain for long spells and even though we were a seriously reduced side tonight I thought they struggled in the early stages to match us here at home.

When the substitutions were made they capitalised on our players still getting up to speed, but our better players tipped the balance of the game and in spite of what some hacks are already writing, locked in their negativity, we deserved the win.

The performances that stood out were, I thought, the midfield partnership of Shaw and Soro, the defensive displays of Scales, Welsh and Urhoghide. Monty put in a shift without a real killer touch, and Abada drifted in and out of the game but was still alert enough to sprint away from the defender and secure the penalty for us.

There were no failures. None.

Mikey Johnson will get stick because some of our fans feel that they have to give somebody stick every week, but I’ll take a guy who makes some mistakes but doesn’t hide over some of the anonymous players we’ve seen in recent years.

There were negatives, mostly concerning the injuries, but by God I was not going to let them spoil my enjoyment of what was a hugely encouraging Celtic display.

If you are picking holes in it today, consider that even Tom English thought it was worthy of high praise. That’s who you’re on the wrong side of in criticising any aspect of that performance.