Turnbull Was The Latest Celtic Player To Go Down, But He May Be Back Soon. 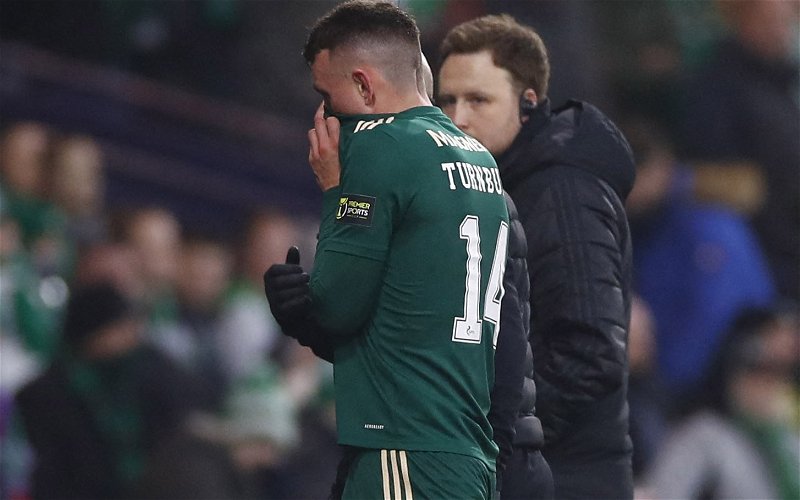 David Turnbull became the latest Celtic player to go down during a game yesterday; it was, and it is, a worry. But the injury to the midfielder might not be too severe, and the manager says that it was more related to fatigue and over-work than anything else.

The central midfield is an area of the field where we do, thankfully, have honest-to-God options.

There is Bitton, for openers; he looks like a better player the more I see him back in his natural role.

For years I’ve been decrying the stick he gets for being played out of position.

In the one he feels most comfortable he looks a cut above.

Then there is James McCarthy, who hasn’t played enough games for so many to have written him off. We know what he can do when he’s fit and up to speed, so I really don’t get some of the criticism this guy gets. I still think he will produce for us.

And then there’s Ismaili Soro, who I think is the least appreciated of all.

The same people who rush to judgement with every Celtic player have made their minds up about him and I honestly don’t know who they are watching. Because it’s not the player I see.

All three are capable of filling in.

There’s also big Shaw who we’ve glimpsed fleetingly and who looks a decent prospect, albiet he needs games. So we are well covered and we could probably cope if the injury to Turnbull was going to keep him out for a while.

For all that, we hope that it doesn’t, of course, because he’s an integral part of the side. I agree with Ange though in that he needs a break. I would have left him out a few weeks back when his form had started to dip.

When I found out that he’s played every game since being signed I wasn’t surprised in the least; he would clearly benefit from time on the side-lines.

So maybe his injury is one of those left-handed gifts from the Gods; a blessing dressed up as a curse. Maybe it will help the player and the team, in an indirect fashion. But I hope that the injury itself is not as bad as we had feared.

And it doesn’t seem to be.

The reason for his tears seems to have been that Turnbull was competing in his first final; he needn’t let that bother him too much. This team has its first major honour and the hunger to compete for many, many more.

Turnbull will play in other finals at this club.

There will be more chances for him to make a big contribution in our quest for further silverware.