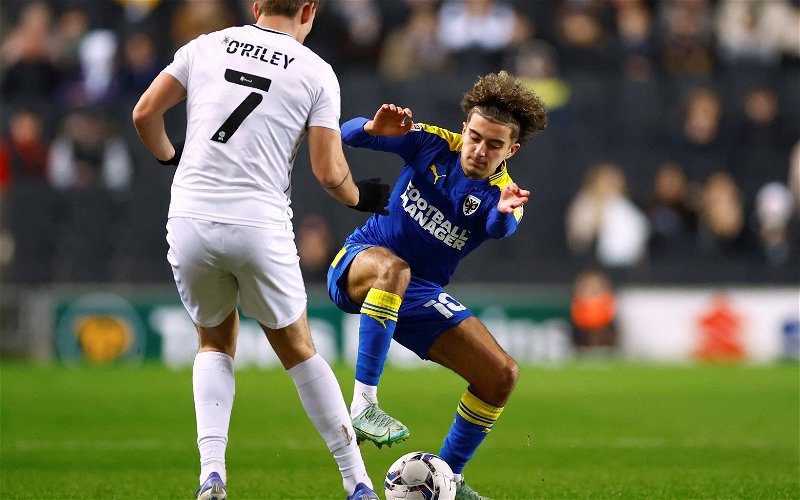 What did we tell them?

When the hacks were writing what they thought they Celtic manager had said – or more to the point, what they wanted the Celtic manager to have said – on our transfer business being done, this blog and others pointed out that a plain text reading of Ange’s words showed that he had done no such thing.

We thought there were more signing news to come.

Today stories north and south of the border strongly suggest that MK Dons midfielder Matt O’Riley will become signing number five of the transfer window, and what do you know?

He plays in the same position as Riley McGree does, the attacking midfield role which the manager had clearly identified as one he wanted to spend some money in.

The press has been made to look totally flat-footed, and they wouldn’t have been had they simply done two things; first, if they listened to the words the Celtic manager actually said and second, if they simply reported those words as he said them without trying to put their own interpretation on them.

If the Celtic boss had wanted to say “our business is concluded” he’d have said just that, in clear and unambiguous language, which left no room for doubt.

The deal looks as if it will be concluded in the next 24-48 hours, and it will – all told – represent a bit of a coup for us to have gotten such a talented player for a nominal sum, believed to be £1.5 million.

He would not be signing as a “prospect” either, having played more than 40 games for the Dons since signing for them in 2020.

He will provide cover for the likes of Rogic and Turnbull, one of whom is off on international duty in the next week or so and the other of whom is currently injured.

Anyone who didn’t think we’d make a signing in that position hasn’t been listening to the manager at all, because even as he was dismissing the fountain of rumours he pointed out that “circumstances” would dictate his next move in the transfer market, and the move for McGree was a clear sign of his intentions.

The press has done this with Ange over and over and over again; they all comment on his honesty and his openness and then plainly ignore those things when they try to re-interpret the words that come out of his mouth.

There was simply no need for some of their headlines in this case, and as recently as the weekend people like Keevins were still saying that the Celtic boss had ruled out further signings.

It must embarrass them to be wrong so consistently.

Because this guy speaks plainly enough that even these idiots should be able to do the simple job of getting their facts right.