Celtic Gets No Credit Again As Mackay Claims The Red Card “Spoiled The Contest.” 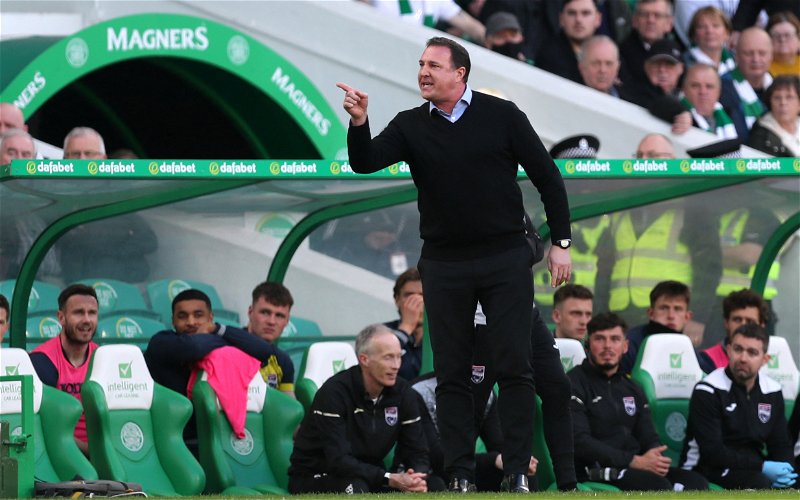 I listened to Malky Mackay talk after the game on Radio Scotland just then in some incredulity.

Before I start on him, I want to start by saying that I think his being asked, right off the bat, in the interview about the red card is typical of the bullshit the media has pulled for the whole of this campaign; looking for controversy in every decision we get.

The player deserved the red.

Had the ref showed him a yellow for the tackle before it, he’d have been put on notice not to lunge in for the ball. It was the best officiating decision of the day to send him off and nobody should be complaining about the decision.

But the BBC seem to think it was controversial. I am sure they won’t be alone in that. But Mackay’s comments after the game were absolutely delusional.

First he didn’t think it was a red. Secondly, he thinks that it was the red card that “spoiled the game as far us being in a contest went”.

When the red card was flashed his team were under the gun and already 3-0 down.

I’ve rarely seen a side so comprehensively outplayed.

They could have had 20 players on the park, and our guys would still have been running rings round them.

For him to think that he was still in a contest at that point is about as deranged as anything you’d expect to read on Ibrox Noise or on one of their crazier batshit forums.

I don’t like Mackay and never have. I think the guy is a disgrace to football and should never have got a job in the game again after his racist and misogynist thoughts came out into the public domain.

In many ways though the SFA was the perfect place for him, where anyone, it seems, can go for career rehabilitation.

But the man is a clown.

I never expected credit or praise from him although he’s one of our former players. But to say that, to utter such words, which are so divorced from reality, demonstrates again that we are going to get no praise and no credit no matter what we do.

It is absolutely pathetic.