Ex-Celtic Defender Gets A Management Gig As The Floor Drops Out From Under Him. 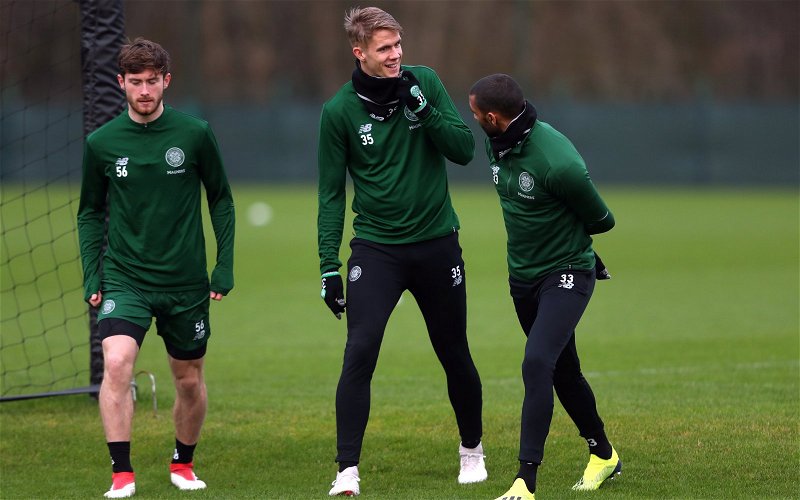 If you had to Google him that’s okay, because to say that he played a role at Celtic is to exaggerate the meaning of the word.

Like Aaron Ramsey across the city, he came into the club with a lot of big talk and a long injury record and then vanished like a fart in the wind. How much money did he leech off us? Too much.

Compper doesn’t have a reputation for much, but on the occasion we did see him we didn’t honestly see that much to credit him as a signing. Something happened to him at the club which nobody ever declared; rumours are rife about incidents in Dubai but we’ll never actually know the answer.

When we tore up his contract I thought I’d never think of him again.

But lo, today he’s in the news.

He’s been appointed interim manager at Lokomotiv Moscow, who I mentioned yesterday in my article on how the Russia-Ukraine thing has changed UEFA in ways that aren’t going to be apparent for a while.

Lokomotiv sat directly in front of us in the co-efficient.

That was before they were banned from Europe along with all the other Russian sides.

He had been assistant manager there since they scooped him up in October last year.

Now he’s been appointed interim boss, just as the floor drops out from beneath their national sport.

Do we feel sorry for him?

Well, we put quite a lot of money in his pockets and he gave us the sum total of nil back for it.

He sat on the Celtic wage bill for two years and played one game.

I suspect that sympathy for his position will be in short supply, not that he necessarily needs it.

This is a guy who can’t be short of a few quid, and he’s a manager now, however low-key and however much in isolation from the rest of the football world.