The Record Should Be Embarrassed By Its Latest Article On Jota. 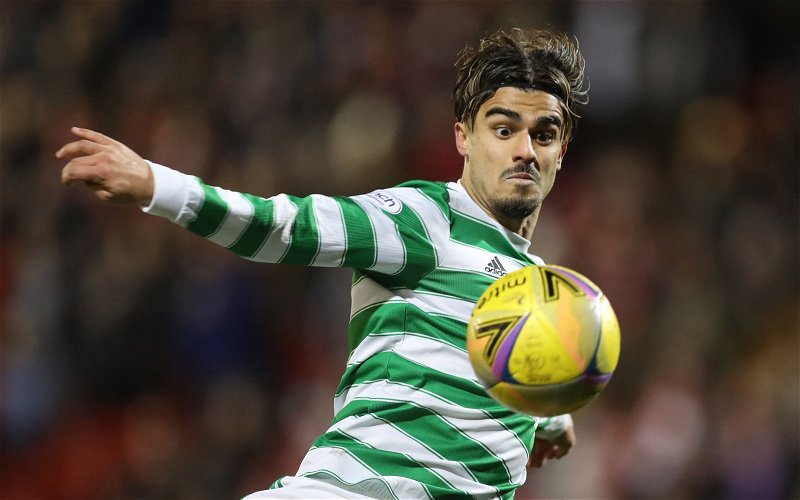 What can we infer from the picture, today, of Jota holidaying in his Celtic gear?

A little or a lot?

My own thoughts are that I find it funny that The Record is running it.

What that picture does make clear is that my article of this morning suggesting that The Record did not have a clue what was going on behind the scenes in “negotiations” between the club and the player was spot on.

This guy is not negotiating.

This guy is relaxing, and he’s relaxing in a Celtic strip.

It doesn’t mean that the deal is done, although even The Record – in its latest piece – pretty much acknowledges that it now looks very, very imminent.

It does support my suspicion that the issues have pretty much been resolved, and probably were a while ago.

Celtic prefers to do these things with a little pageantry.

When the deals for Jota and Carter Vickers are sealed they will most probably be announced on the same day. That could be as early as the end of the week, although the deals don’t need to be done prior to 15 June.

Whatever the situation is, he does not seem as if he’s troubled by it.

He seems to enjoy wearing the jersey and basking in the adoration of the fans.

All of it feeds into the perception that when it came to the state of the talks that the rag in question simply wrote the story it thought its core audience wanted rather than something based on facts.

There is no rush here anymore than there is a rush to get the manager signed up on a long-term deal. I am not in the least bit worried that he is going to be snapped up by another club any more than I am concerned that Jota will turn us down.

The hacks at The Record would love to believe in both.

But then, they also believe that Bassey is worth what Kieran Tierney went for … so it’s obvious how seriously we should take them.