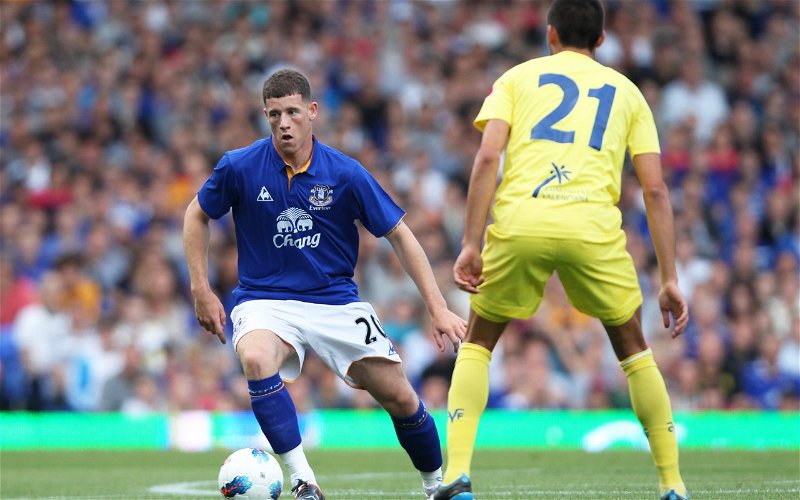 If you’ve been on the increasingly atrocious Newsnow Celtic aggregator today, you’ll have seen a piece so ridiculous that it beggars belief.

It’s a piece “linking” Celtic – but only, it appears, in the mind of the writer – with a move for “£100,000 a week” Ross Barkley, now at Chelsea but who made his name as a wonderkid at Everton.

To call this nonsense is to praise it, to be honest. It is so unrealistic that even filing it under fiction gives it more credit than it is due.

There is not an earthly way in which this is going to happen. He would not fit into the team, he would shatter the wage structure and he is a “bling” signing of the sort we don’t make anymore, and nor should we.

Putting a value on what Barkley is really worth would be difficult, but he’s never, in his life, a £100,000 a week footballer.

Whether you think anyone is worth that kind of money is sort of academic at this point; some clubs do think there are footballers who should be on that kind of obscene salary.

He certainly ought not to be one of them.

He played 14 games last season, in total. He’s not a waste of money as much as he’s a waste of space. Yet numerous English clubs are circling, including Villa, who had him on loan two seasons back and Everton, where he started his career.

Some “journalist” threw our name into the discussion for good measure, although I have no idea why or with what justification, because there is simply no way in Hell that there is anything even remotely credible in this link.

It is the kind of thing Ibrox might throw its fans for the amusement of the rest of us – see Aaron Ramsey, the hero of Seville – but Celtic learned the lesson long ago that these sorts of deals are ones to avoid like a dose of the runs.

I use that term very deliberately.