King Fumes And Rages As Celtic Leave No Doubt Who The Top Club Are. 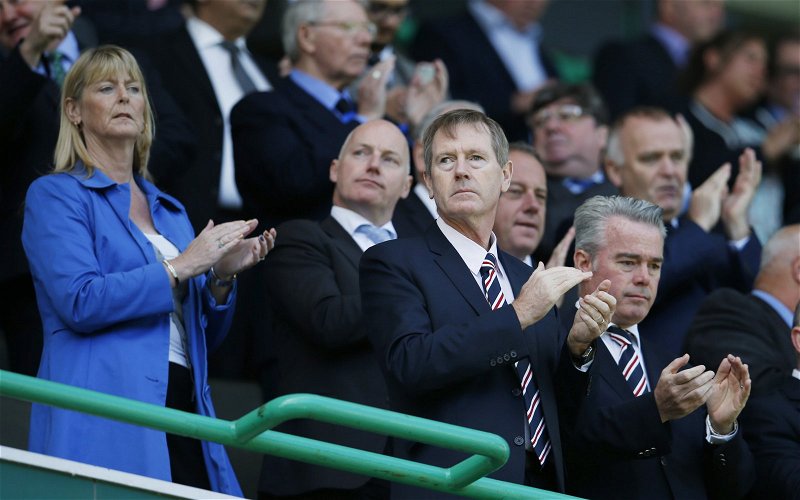 Like a vulture, Dave King is pecking at the carcass of the Ibrox club in the aftermath of that beating we handed them at the weekend.

I’ve written before that this guy is not going to go away.

He has a serious issue with some of the people at his former club and he is adamant that he will avenge whatever slight he thinks that he’s suffered. The man is determined to cause them as much trouble as he can, and with the end of the transfer window angering fans and this defeat on the heels of that, he sees an opportunity.

I am glad that he’s still around causing them problems. Their club needs this clown parading in front of Ibrox like they need another beating from us. He is casting doubt on every aspect of how the club is being run. It’s amusing to watch it happen.

Yet King isn’t just a guy who has seen a chance to do damage here. There’s much more to this than that. He is a Trumpian/Johnsonian figure who genuinely believes in his own greatness and genius, and that he was the architect of a success story rather than a disaster.

Remember, he left Ibrox with our club just having completed nine in a row. His own record as chairman was that he won nothing, not even one of the court cases for which he has become notorious. King departed Ibrox a loser, which is why his most famous soundbite was the one about what would happen if we finally lost a title.

And that is why King is back here today. Because he got that one as wrong as he could possibly have, and now he’s frantically looking for some explanation as to why. He blames the current board, then, for not carrying on down the path he set them on.

But the truth is that he left the club in a wretched state, from which it is still trying to recover. King was a disaster for the Ibrox operation, and provided only comedy for Celtic fans. He is still doing it. Because it is their club who are crumbling today under the pressure of a rival title win … and the straw that broke the camel’s back came at the weekend.

A single victory. A comprehensive one, to be sure, but the one that brings home the lesson that last year’s title triumph at Celtic wasn’t a one-off and wasn’t down to their “throwing it away” but simply because we were and are a better team.

They see another long spell in our shadow … and King is furious about it, but mostly he’s furious that his house of cards prediction has been made to look ridiculous. Celtic had too much about them for that, the fundamentals of the club were too strong.

We look stronger now that we have in decades. Whilst King runs around in circles trying to figure out how that could have happened, he damages everything around him. Thank God that he’s their problem. As amusing it would be for us to again swat him aside, it is fun watching him wreaking havoc over there. Long may it continue.