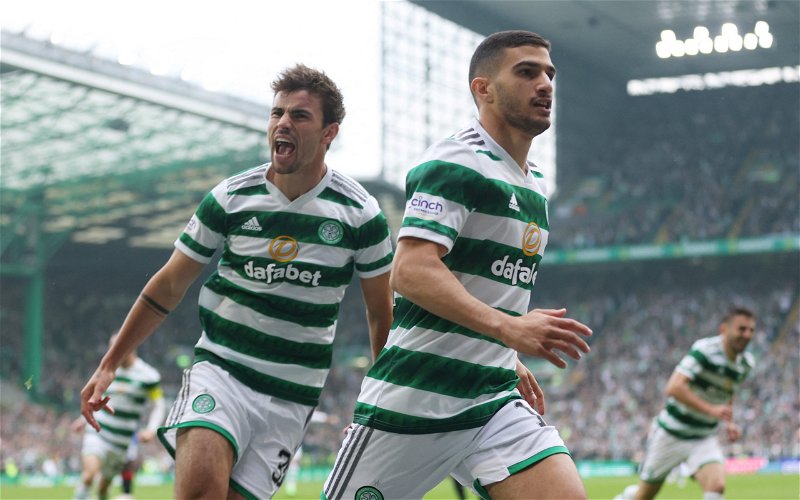 The media’s desire to move on Matt O’Riley will eventually reach the surreal point where he’s been linked with every club in the Premiership and they are forced to cycle back to the start again.

Crystal Palace now. They watched him against Leipzig. Allegedly.

There were, by my reckoning, another 21 players on the pitch not including substitutes. It is amazing to me that the press corps which doesn’t know what’s happening when it’s right in front of their faces somehow has all this access to scouting notes and can identity which players were on the radar of particularly clubs and individuals.

That’s why it’s so amusing for the hacks I guess.

Not one of these sides have ever made a bid nor stated any intention to do so. None of them has even asked Celtic the fabled “would you consider a sale?” question. Those are usually the ways in which this stuff is done.

Other than that, our scouts are out everywhere, all the time. So are the scouts of other clubs. Their job is literally to watch players and make recommendations. If you believe the media there’s nothing to worry about anyway because the team was so dismal in midweek that nobody deserves any pass marks. So if they’re right then the reports won’t be great anyway.

These stories are just going to continue. We know that. They will continue as long as the player is at Parkhead. The one consolation is that they are essentially promoting the bidding war before there is one, and when it comes to this guy I can say with absolute certainty that there will because he is one of the best players at the club and thus in Scotland.

And he’s English, although his mother’s family are from Norway and Denmark. He was born in England and has played his whole career before now in that country, and that means that he is attractive in terms of home grown status.

On top of this rot there is a report – God know from where – about Jota and how Southampton are “plotting” a move for. Plotting? What does that involve? Making a bid? Where’s the plot?

You want a player, you ask the club who holds his contract are they willing to sell.

There’s no need for subterfuge in this.

Even the language these people use is all wrong.