McAvennie Nails It For Once As He Points Out What Celtic Tolerates From Refs. 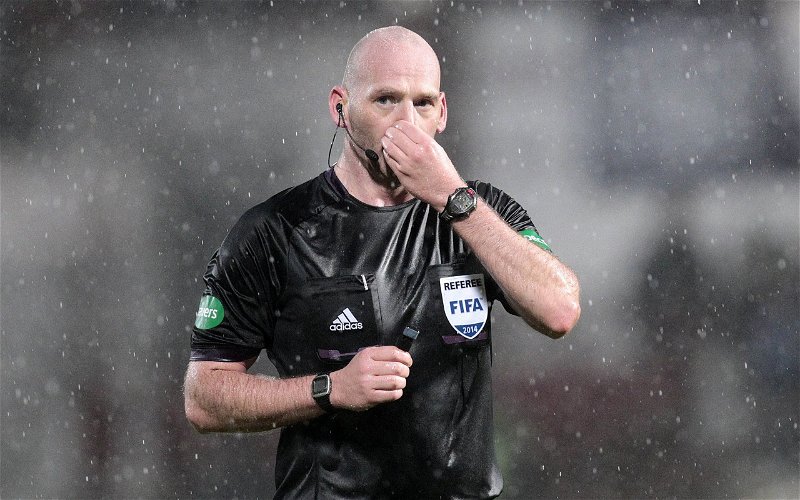 He, of course, thinks that it was a penalty. I’ll do something on that later.

For now, I want to focus on the comments by Frank McAvennie, which are online today.

McAvennie talks arrant nonsense 99% of the time, but as they say, even a broken clock is correct twice a day and this is where he hits it on the nose. He has already been dismissed for stoking a conspiracy theory.

Funny how no-one ever levels this charge at anyone from Ibrox when they come out with the same thing.

Steven Gerrard himself did it whilst manager there.

Of course, he was never disciplined for it for “bringing the game into disrepute” and nobody in the media had a go at him for it.

Not only has McAvennie hit this one square on the nut, but he’s made a couple of points which I believe those who are giving him stick will find it very hard to argue with.

“It has happened for years,” he said. “When I played, the gaffer used to say we will get nothing off the referee. It is going way back. There is no way it is a coincidence. It does not matter that VAR is in … [Smith] stopped the ball with his hand and we got nothing, and that is with VAR. It is just not right. I get how the referees can miss things but not the people watching it. The whole world saw it was a penalty. It is just a laughing stock.”

As if those points weren’t on the nose enough, he then went on to talk about the astounding fact that it is now almost 200 days since we were last awarded a penalty in the league.

“I just find it strange that we have not had any, especially with the amount of attacking play that they have got. There would be one or two.”

And he’s correct about that, of course.

It is not just the handball which, as he rightly points out, is a laughing stock level decision … when you put it in context with that remarkable statistical fact you cannot possibly believe that it is a coincidence.

You look at that decision at the weekend and you cannot but fail to see it as anything other than a part of a pattern. McAvennie’s comments about previous Celtic bosses puts this in its historical context; it is amazing – it is shocking – how little has changed.