In Their Desperation, The Ibrox Fans Could Push Their Board To A Dangerous Decision.

There is a profound moment in The Wire when Dee-Dee, a former addict, stands up at the Anonymous meeting and tells her story.

There were, she said, a number of rules that she made for herself of all the things she would never, ever do to get high. And one after the other, all of those walls collapsed under the weight of her addiction.

“Whatever it is you tell yourself you’ll never do,” she says, “you’re pretty much making a list of everything you will do if your inner addict tells you to.” 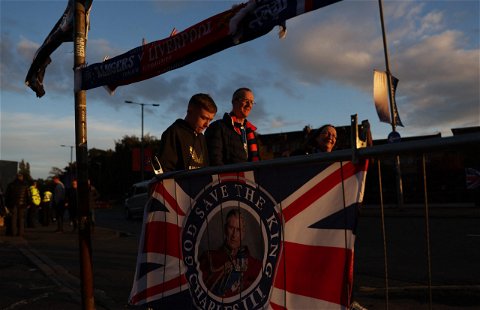 The King’s Portrait Is Up At Ibrox. That Club Is A Parody Of Itself Now.

An Ibrox Director Has Confirmed Their Fans Worst Fear About Continued Funding.

When you are addicted you are basically desperate 24/7.

Desperate for a hit, a fix, a drink, whatever it might be. Ibrox’s addiction to spending is well known and something that their club has been living with since its inception. The same addiction killed the last club to play there.

Desperation can make you do almost anything. I have long been fascinated by what the average person might be willing to do in the right or wrong circumstances, if they were pushed to the point where the range of options were so limited as to be nearly exhausted.

Organisations get desperate just as people do. The last time an Ibrox club watched Celtic threaten to leave them behind and vanish over the horizon, they resorted to tax fraud and concealing documents from the SFA.

Dave King resorted to lying to the Takeover Panel in his efforts to get his hands on the NewCo. Charles Green played the sectarian card for all it was worth.

And the SFA, itself desperate to keep Rangers afloat, or to see a club with that name still in the league, allowed it and accepted it. Football regulations were unimportant. The men at the top of the game were terrified … and they acted like it.

Say we win the league this season, and Ibrox finds itself in a financial bind over how to respond. Say there’s not tens of millions to throw at the summer rebuild; there isn’t, of course. How do they handle it? Rationally, or do they panic?

Commercial banks are probably a no-no as well. They usually have strict repayment criteria and very few will give loans to a business that crawled out of the grave of a wrecked one and acts in exactly the way that put it out of business.

I am sure they tried to get commercial loans already. It makes life so much easier and creates less conflict inside the walls.

If they were capable of getting money from a bank they would not need their own directors to extend them overdraft facilities with all the inherent problems that causes. For years they have boasted about having “no external debt.” That’s more or less basic spin. The thing is, nobody credible will lend them money. Therefore, no external debt.

So tax fraud and borrowing is out. What else is there? There’s stadium naming rights, and if they haven’t had serious discussions about that inside Ibrox I will be frankly astounded. The option is so obvious for a company desperate for cash that they must have war gamed every version of it and every means of selling it to their own fans.

I think the road they’ll go down is the most dangerous one that they could pursue; outside investment, and possibly even a majority sale. The chances of that working out well are virtually zero. The examples of it are all over football.

Nobody is buying the Ibrox club for the purposes of Sportswashing, and so they can forget that option, and it’s a pretty ghastly one anyway. Can you imagine some dictatorship wanting to fix its reputation, buying them to do it? Christ almighty, you might as well flush what’s left of it down the toilet. Even bloodstained regimes can’t take that kind of hit.

They are the second team in Scotland with a small club mentality. Only a small club would appeal to such a narrow customer base. There is virtually no chance of them “growing the brand” whilst still trying to be the “club of the troops” with the monarch’s picture on the dressing room wall. Nobody is going to touch that with a 20-foot pole.

The only conceivable reason to buy the Ibrox club is as a profit centre, and this is the strange thing; that club is perfectly capable of making someone money. The valuations of football clubs appear ludicrous to most people, but much of it is tied up in fixed assets, and they still have a beauty of a one. Ibrox itself is the reason someone would buy them and the majority of their fans still don’t understand the level of danger their club is in.

King is desperate to sell those shares of his. Their board is desperate to find external finance. He has brought the Americans to the table but I don’t think he knows what their plan is and I don’t think he actually cares. It’s evident that Club 1872’s key players don’t care, and I am not entirely convinced that the Ibrox fans as a whole would care.

All it would take are promises, however vague, of transfer war-chests and perhaps one window of financing for the team and I think you could snatch the whole world away from those guys. You create a second company, hive off the assets to it and charge the club for their use and you have, in your hands, a permanent income stream which will keep on generating the cash for the second company until the cows come home.

And if at some point the fans force the club towards a place where it’s trading at a loss then no matter; you still control its destiny because you know that Scottish football will bend over backwards to protect “the club” even if it means letting them NewCo. Because here’s the beautiful part; whoever took over next would still need to do business with you, whether that’s by buying you out for a big profit or continuing the rental agreement.

The bottom line is that as long as Ibrox fans want to see a club playing out of that ground they would be powerless to do anything about such a setup. Powerless. Once people like that – and they will be faceless number crunchers without a care in the world – have their claws in you that’s the ball game, and it’s happened all across England and Europe.

All these people do is look for clubs starved of success, whose fans have gotten desperate. Ibrox fans have been here before. Even with a record which could be checked by anyone who had a mind to, even after he’d become persona non grata in England, they let Charles Green waltz right in although he openly boasted about his money grabbing big Yorkshire hands.

They filled grounds all the way up from Division 3. They still to this day don’t recognise that it marked them down as easy marks, people loyal to a fault, willing to accept anything. A club run at subsistence level that still regularly attracted 50,000 fans … that’s perfect. That’s what every hedge fund shark dreams of. It’s money in the bank.

With a leveraged buy-out you wouldn’t even need to use your own money. You do what Glazer did at Manchester United and transfer the debts to the club itself. Hell, you could borrow the money on the strength of a business plan based on rental fees alone.

How much would a controlling interest cost you? What’s the value of the Ibrox shareholding worth? Most of it is held by private investors; what would it take to get them heading for the hills? I’ll tell you this; if they’ve lost the confidence of the fans, if they think they’re being given a raw deal by ungrateful supporters who don’t recognise that they’ve safeguarded the club from exactly this kind of scenario that might be what convinces them to sell.

Because who needs this stuff in their lives? The Parks could go back to selling cars, and living it large on the profits of that. They don’t need the aggro of running the Ibrox operation, or pumping money into that black hole, and they certainly don’t need someone like King hovering on their shoulder, causing problems, giving them grief.

I keep on saying this; those fans have no idea the danger their club is in. King has brought people to the table who have offered nothing but talk. If there was £75 million here to “invest” where’s the upside for the folks who put it in?

What do they get back for a sum of money like that, a sum that is just numbers to the lunatic fringe on the forums but there will be guys who have sat in conference rooms and worked out every item on a list that has nothing to do with basking in the warm glow of applause from the Peepul. These are “bottom line” types of no sentiment whatsoever and they would not even talk about numbers like that unless they knew exactly how to turn a profit.

These Peepul have, for years, laboured under a dangerous delusion.

David Murray didn’t love them or the club. He used Rangers as his own personal ego trip, and every penny he put in belonged to the bank. The moment – the very minute – the bank was no longer willing to play ball anymore he couldn’t wait to get out.

These people started hating on Whyte the minute it became clear he had nothing to invest, and was only interested in taking out. They hated Green because he milked them for everything he could get. What did they think people like this wanted?

The current board is on the same ego trip as Murray was, but they’ve used their own money to get the club this far and that’s over with. Now even they want repayment in full, and everything they put in from here on in gets charged back to the club with interest.

The Ibrox fans are always looking for the next free ride, and they are unable to accept that there has never been a free ride in all this time. At every stage there has been a cost, a price to pay, and it hasn’t always been evident but it has been real.

The next one will be too, and it might last longer than “the journey” ever did.