Kyogo’s Attitude Is A Perfect Example Of Ange’s Philosophy For All His Celtic Signings. 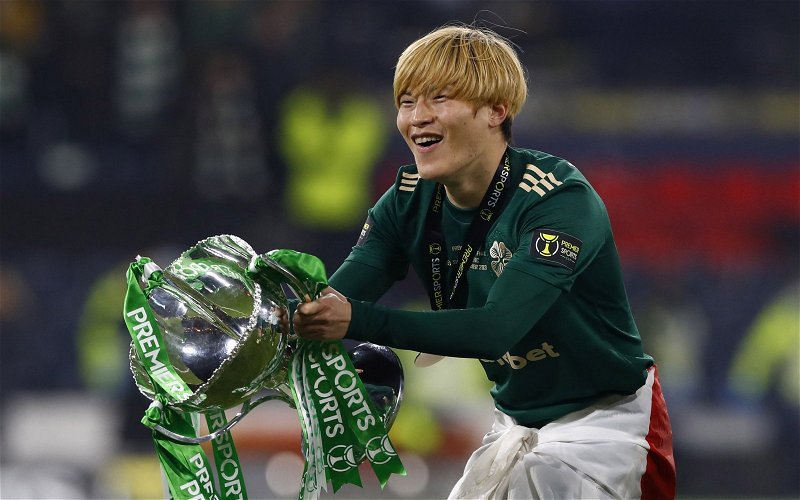 Reading Kyogo today, as he talked about his European form and why he thinks that was the reason for his exclusion from the Japanese national team for this World Cup, I was struck by his openness, his honesty and his commitment to working harder.

Kyogo has scored 11 goals for us this season.

He’s hardly been a flop.

Some of those goals have been massive ones too, and most fans are pretty happy with how he’s played and were pretty surprised when he didn’t make the international cut.

But the player himself isn’t satisfied, and that speaks volumes about his commitment to excellence. A lot of footballers could have gotten huffy and had a pop at the national coach, or expressed some frustration at the process. Instead, he’s done some self-analysis and vowed to work harder. That should be music to all of our ears.

It confirms that the manager was bang on about getting in the right personality types for this club.

No making excuses, no looking to others, no wondering if people have been hard on him; Kyogo has accepted personal responsibility, looked at the areas of his game where he thinks he can improve and made a vow that he’ll do so.

That’s the sort of personality you want to have at the club, someone who will honestly analyse his faults and redouble his efforts, and you see this right across the first team squad now, players all tuned in to the vision, players doing everything they can to improve.

This is why we’re so successful right now, the mind-set is right, and that’s down to the manager specifically vetting every single footballer we sign to make sure that they have the right stuff not just in terms of their playing ability but in their mentality too.