Celtic’s Transfer Policy Is Now Rightly Being Copied By Other Clubs In Scotland. 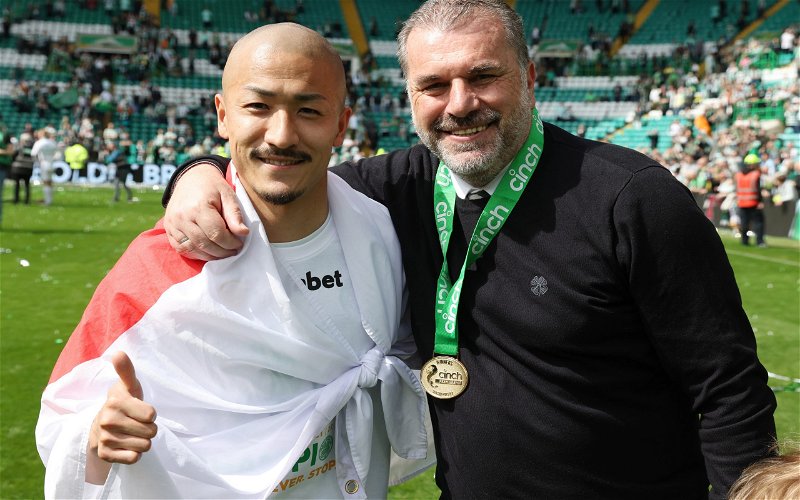 The story during the week that the Ibrox club was in “transfer battle” with us for the Korean striker Cho Gue Sung was both funny and sort of predictable. Funny because in any “transfer battle” worth the candle there will only be one winner and it won’t be them, and predictable because theirs is a club which tries to copy everything we do.

Their whole “buy them cheap, develop them and sell them on” plan is based on ours, although they don’t do it the way we do or with anywhere near the expertise.

They would rather go for bling players than those with genuine quality and so although they broadcast this plan of theirs they very rarely follow it up in any realistic way.

But our club has influenced more than just theirs.

We have proved that there is success to be had in looking outside of the traditional “hunting grounds” which Scottish clubs have traditionally raided, and I think that’s all to the good.

Hearts have already signed a Japanese player this week and are after another.

Motherwell are looking at a footballer from Japan right now.

I think this is a far better stratagem for these clubs than doing what they usually do; buying second rate players from the English lower leagues. That policy has run its course and proved a failure.

This one might not result in anything materially better … but it’s thinking outside the box, even if we’ve beaten the path ahead of them.

There is a big world of football out there and for too long all the clubs in this country – ours included – limited ourselves mainly to Europe. That was a mistake.

I’ve written before about how I believe it was Brexit which changed the game, making it just as easy for us to sign someone from Nigeria as the Netherlands, but of course it took a man like Ange to make it happen.

According to the Sky journalist, Anthony Joseph, we have now put in place extensive scouting operations not only in Asia but in the Middle East and elsewhere and this is definitely long overdue.

I would hope other clubs in Scotland are forming similar links with scouts and clubs there and looking for bargains.

It is viable. We’ve proved it.

Yes, we’ve led the way on this but it doesn’t matter how the rest of Scottish football got here; they are here now, and if they are smart at all they’ll be able to bring in better footballers than they’ve had at their clubs in a long, long time.

We’ve proved that real quality is available there for low fees and even clubs without much to spend can certainly be improved within their own price range. I strongly suspect that this league will be better off for it.